The Galaxy A73 5G made me hate expensive flagships 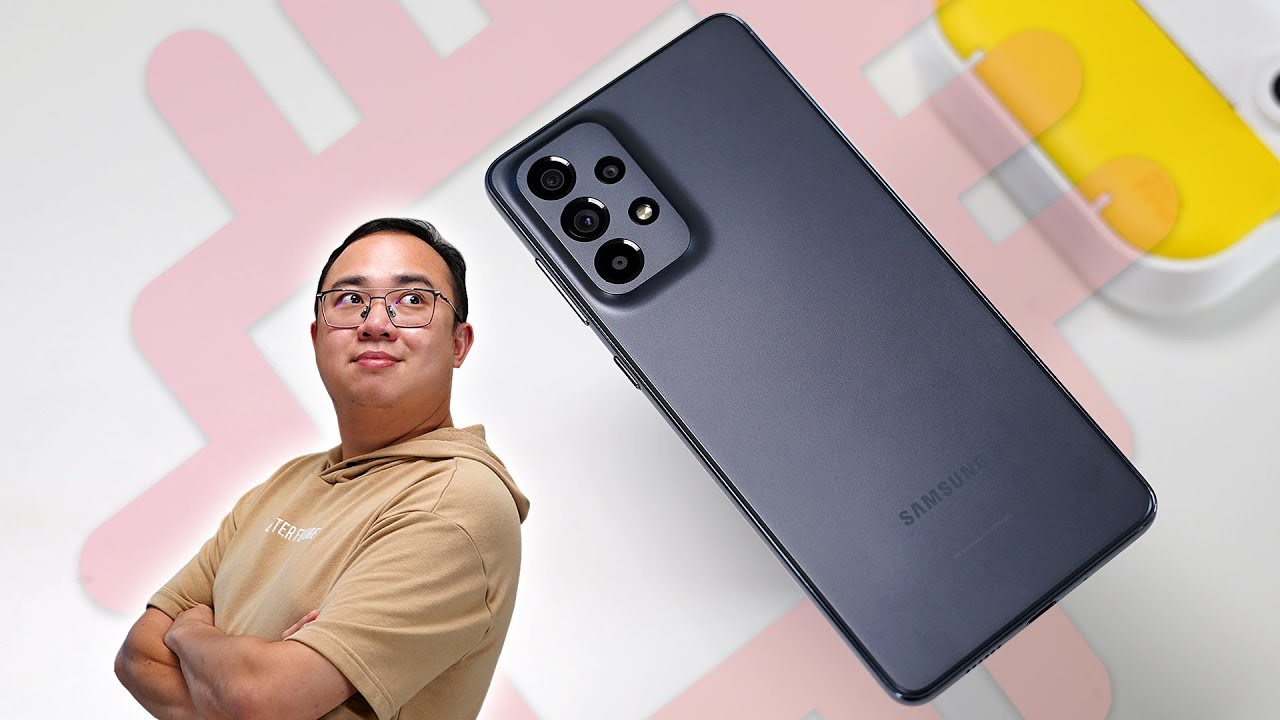 Many of you might hate the fact that the Galaxy A73 uses a polycarbonate build where most mid-range phones have already shifted to a glass and aluminum build these days, however the phone is actually a very well-built device and during the review period, I accidentally dropped the phone without a case and screen protector at least seven times off my 3-foot table and it survived with just a few scuffs off the bottom frame and the back camera bump.

Noticed that slight scuff on the camera bump?

Of course, I do hate the fact that Samsung didn’t pre-apply a screen protector and despite being protected by Corning Gorilla  Glass 5, it has already got some minor scratches and could get worse in the long term if I continue using it without any form of protection, so I’d recommend that you apply a screen protector the first day you unbox the Galaxy A73.

In general, the Galaxy A73 5G is an iterative upgrade of the A72 5G with a faster Snapdragon 778G chipset that enables it to be a 5G device, though it still sports the hallmarks of its predecessor such as a 6.7-inch Super AMOLED display that refreshes at a buttery smooth 120Hz, IP67 water and dust resistance, 256GB of internal storage and 5000mAh battery with 25W fast charging, Samsung has unfortunately stripped off the headphone jack and telephoto camera that was present on its predecessor, these are not broken features and I can only assume this is done as a cost cutting measure.

The Galaxy A73 5G supports Samsung Pay, which is the only mobile credit card payment that’s available in Malaysia

What the phone differs from its competition is that it ships with Android 12 with One UI 4.1, which sports the same amount of Samsung software and features found on its flagships, Samsung has also promised up to four years of OS and security upgrades, that’s definitely one thing that you won’t find on most other Android phone brands of the same class and perfect for those who use their phones till it breaks.

In terms of performance, we are definitely no strangers to the Snapdragon 778G chip, which is essentially a rebadged Snapdragon 855 chip with a more efficient process, the Galaxy A73 5G launches apps and games really fast and though Samsung’s heavy skin does tend to bog down the performance after a while, the user experience has so far been reliable and I will occasionally restart the phone which you will probably do the same if you used other Android phones.

Gaming on the Galaxy A73 5G is decent and I was able to enable the 60 FPS option on Asphalt 9, the racing game is still a rather graphics intensive game by today’s standards which many mid-range phones will still have to run at lower settings to be playable. In more graphics heavy games such as Genshin Impact, the phone will still run the game with playable frame rates given that if you don’t push it to the highest graphics setting, the back can also get very hot after a while so you better

Although the Galaxy A73 5G now gets 108-megapixel primary camera that’s also optically stabilized, you shouldn’t expect this to match the Galaxy S22 Ultra’s camera in terms of image quality just because it has the same resolution, though I have to say that the camera does produce pretty passable images for social media uploads, there’s obvious graininess and soft focus in photos as you can see in the camera samples above, which is expected due to the smaller sensor size that the phone employs and not forgetting to mention the ISP engine of its processor, the ultrawide camera is serviceable but again, it’s not the best within the category.

However, it isn’t fair to not give the A73 5G’s camera any credit, because with optical image stabilization, it is the best mid-range video shooter that we have seen as it can take decently stabilized videos at 4K 30 FPS, this is one thing that’s also hard to come by on value flagship phones.

Despite not having the best cameras on a mid-range phone, I am glad that Samsung has included camera modes such as Single Take, which takes a 10-second shot of a moving subject with both the main and ultrawide camera then shows you a series of recommended shots and short videos; and Pro Video, which lets you configure how you want your videos to look like and it is particularly useful when you are shooting video in challenging lighting conditions.

Having a 5000mAh battery is a mid-range phone standard these days, and the Galaxy A73 5G has it and supports Samsung’s standard 25W fast charging, which isn’t the fastest in the industry but charges up the phone fast enough in a matter of 90 minutes if you are charging from single digit battery levels, the phone will easily last me 5 hours of screen on time for a day of usage, and if you aren’t doing anything intensive on the phone, it should offer up to two days of battery life effortlessly.

Overall, the Galaxy A73 5G is a great all-rounder mid-range phone that one shouldn’t hesitate to pick up if you aren’t ready to spend two months of a typical Malaysian salary on a flagship phone, although its selling price of RM2,099 is a little hard to swallow for some, as you can easily top up slightly extra cash for a Galaxy S21 FE, which at least offers true flagship performance and a camera system that can serve you better, but for those who wants to feel more awesome, perhaps the Galaxy A73 5G’s design and colors might just be your cup of tea.

The Galaxy A73 5G can be purchased here.

The Galaxy A73 5G is a good all-rounder, but it needs to be priced lower to be 'awesome'