Have you ever been in a situation where you urgently need to print a document but your printer runs out of ink or you don’t have access to one, even worse, your newly bought expensive ink cartridge dries up after few months when you barely even used it. 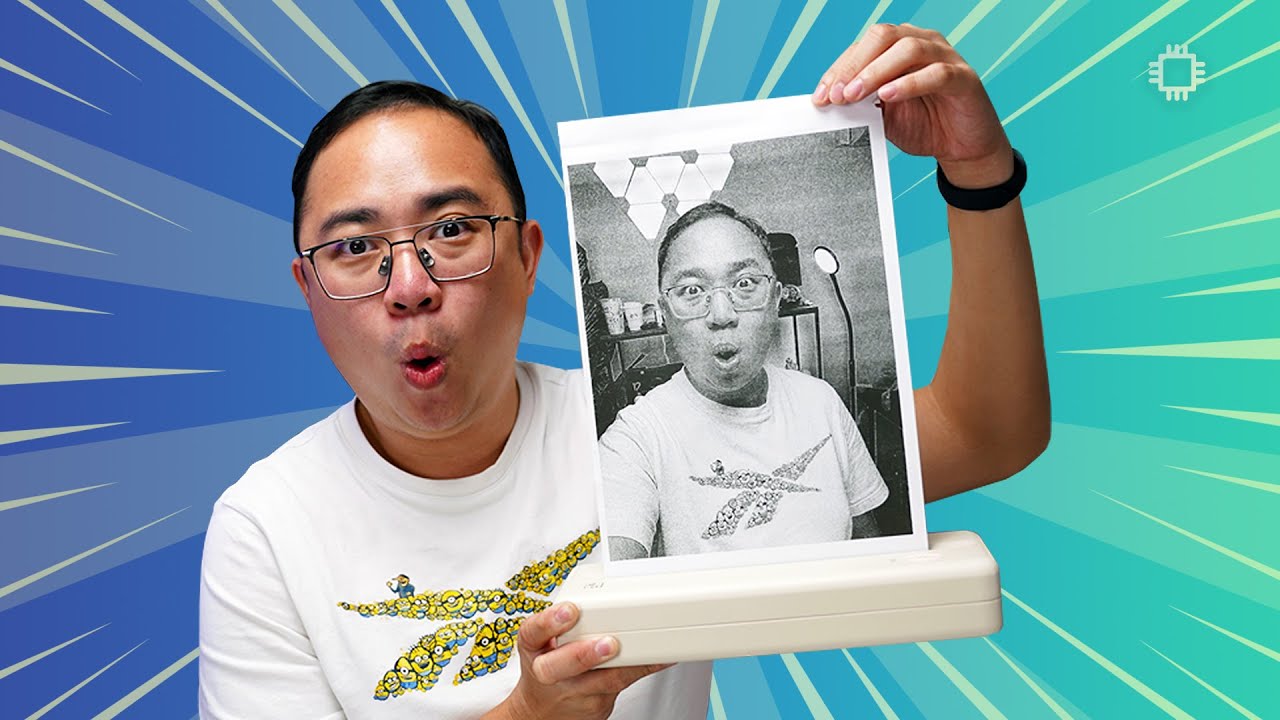 I’m sure most of you have been in that sticky situation and want a solution out of it, while a portable printer might have come across your mind but most of them in the market still requires you to invest in ink cartridges, a company called HPRT wants to resolve that hassle with its thermal-based MT810 printer, which is a portable and wireless printer that has worked wonders for me during the past two weeks.

HPRT might not be the first brand that comes in mind in terms of printers, that’s because the brand isn’t officially here in Malaysia but has established a long-time presence on Amazon as one of the leading portable printer brands, the MT810 unit I got has yet to go on sale and will be available on Indiegogo for crowdfunding, which you can score a 30% early bird discount if you sign up here.

The MT810 weighs around 600g and is the successor to the MT800, which the latter prints using a thermal ribbon on a regular A4 paper and requires manual paper feeding, the MT810 removes the need for a thermal ribbon and uses heat to print on thermal paper, which is similar to POS receipt printers that’s almost maintenance free, you will only need to spend on a roll of A4 thermal paper and they can be easily purchased for a very reasonable price.

Despite that, printing on thermal paper has its disadvantages as text and images can fade off after some time or when the paper is exposed to extreme heat, hence it isn’t too ideal if you want to print documents to be stored for long term, but great for printing school assignments and meeting agendas.

Printing quality isn’t the sharpest compared to inkjet printers, but it will suffice for basic printing

In my case, I have used it for printing sales quotations which we require customers to physically sign on them to confirm deals, which I will then scan these signed documents back in office and store them as soft copies as a backup, as I don’t expect text to be clear after a few years later when stored inside a ring file.

Like a receipt printer, loading paper on to the MT810 is effortless as you will need to push down two buttons on each side to open the lid, load up the A4 thermal paper roll by attaching two plastic holders on each side of the roll, align it properly, pull up the paper by half an inch and close the lid while holding the paper, and you are all set.

The MT810 supports printing wirelessly over Bluetooth, which I am very happy of as I don’t need to fiddle with WiFi connections in order to print wirelessly, you will need to download the printer’s app called HiPrint from the App Store or Google Play, tap the “+” button on the top right corner and choose the printer from the list of Bluetooth devices, then tap on the “Click to Start” button to select a document to print.

Once you have chosen your source of printing, you get to choose between A3, A4 and A5 sizes, which your document will be automatically resized, you can do various settings in the printing settings page such as sharpening text, page rotation and choosing pages you want to print, then you hit the big ‘Print’ button and the document will be parsed to the printer in less than 5 seconds if you are merely printing text, it may take a while to parse data to the printer if your document contains many images due to the limited bandwidth of Bluetooth, but thankfully doesn’t take terribly long to do so.

For wired printing, the MT810 features a USB-C port for both data and charging, it supports both Mac and PC which you will need to download and install the drivers from HPRT’s website, it is a one-time setup but I wished HPRT would include its drivers on Windows Update in the future when it comes to the PC.

(From left) Printing in A4, A3 (combine with two pieces of paper), and A5 size

Image quality from the printer is decent where text is sharp enough for reading, though it isn’t quite on par with a proper inkjet printer but it still gets the job done if you really need to print something urgently. Unlike a receipt printer, the MT810 doesn’t feature an auto-cutter and you will need to manually tear off paper which can cause jagged edges at the end of your document, and it becomes inconvenient when you want to print multiple pages and you will need to use a ruler or knife to manually make page breaks.

In terms of battery life, the HPRT MT810’s 2600mAh battery will last up to 26 hours when it is powered on and on standby, which I can assume that it will be able to print around 90 to 100 pages on a single charge based on that figure, though I never really got to fully drain the battery during my two week review period, the printer still has 75% of battery after printing 15 pages from 90% battery level.

Ultimately, the HPRT MT810 delivers the convenience of printing anywhere, anytime to mobile office workers and students very well, it isn’t exactly a lightweight device but has a compact footprint that will fit in most backpacks and briefcases, the fact that it supports printing over Bluetooth and not requiring to deal with ink cartridges is a saving grace when it comes to desperate times, however printing documents on a thermal paper still has its disadvantages over regular GSM paper, especially when it comes to clarity and durability, it also isn’t suitable for important documents such as legal agreements and application forms, it sure is a fun and useful printer to own if you know what to do with it.

The HPRT MT810 portable printer will be coming soon to Indiegogo, which you can score for $139.99 when you sign up for the campaign here, you may also join HPRT’s Facebook Community group here to stand a chance to win home the HPRT MT810.

A good maintenance free portable printer that conveniently prints on thermal paper, but unfortunately isn't an all purpose printer due to the type of paper it prints on.