The Sony PlayStation 5 is official – after about a year of speculation and leaks, Sony has announced that the upcoming gaming console will hit stores late this year. 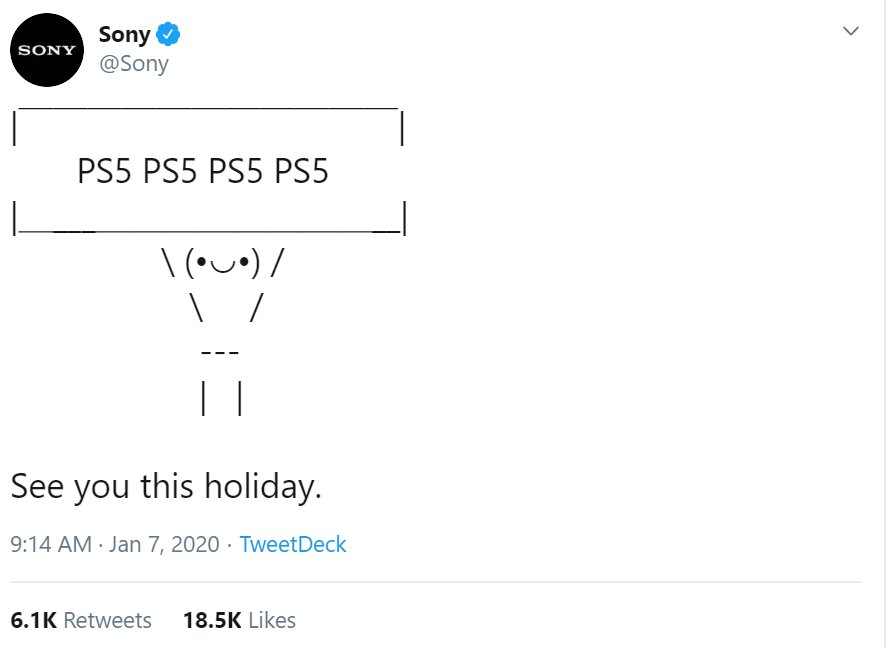 The announcement was made during their CES 2020 press conference, but for the larger audience, Sony took to their social media accounts to make the news public. Over on good ol’ Twitter, a light-hearted stick emoji can be seen holding up a banner with “PS5” written on it, several times, along with the caption “See you this holiday” written at the bottom; so yes, Christmas this year is the gazetted release date of the device. Interestingly however, the post has been made private or deleted – maybe Sony doesn’t agree with the page admin’s sense of humour.

Over on Instagram, PlayStation’s official account shared the logo for the new device and it looks the same as the PS4’s but in a black and white theme instead of blue and white. What we can deduct from this is that the console’s OS will take on the same colour scheme as this.

In terms of hardware, we know it’ll sport an AMD Ryzen CPU along with a NAND flash drive for storage. There will be 24GB of RAM with 4GB dedicated to the OS. Image credit: The Next Web

Patents for the system’s controller were also leaked – and its overall looks should remain the same. Changes to the triggers will be present while the rumble technology will be replaced with haptic vibrations instead.

Now that Sony has confirmed the existence of the console, we should be seeing more concrete developments on the console leading up to its launch this holiday period.