The POCOPHONE F1 is what the OnePlus 6 should have been Everyone loves a good underdog story. So here’s one for you : Pocophone vs OnePlus 6.

We begin our tale with a small Shenzhen-based company that wanted to change the world.

The name is OnePlus.

Their pièce de résistance? The OnePlus One. 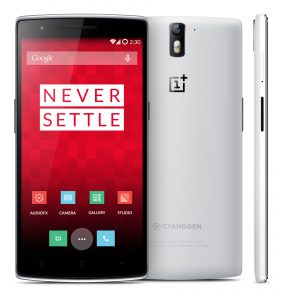 When the OnePlus One launched in 2013, users the world over heralded its arrival as a new era in consumer electronics. Here it was – a flagship that didn’t break the bank & a technological marvel that whizzed through everyday workloads. It was a badly-needed disruptor in a market largely dominated by same-ish pricing and same-ish looks from Apple and Samsung (Same-sung?).

Priced at just U$299 (RM1000 in 2013), this beast of a phone was a statement that shook the tech world – albeit briefly. Samsung and Apple realised that they needed to innovate to stay ahead (and to justify their price premiums), giving us curved-edge displays, 3D Touch and even bigger screens. Flagship technology had been democratised, and we, the consumers, had ‘won.’

For a while, that is.

After the initial buzz and a series of less-than-spectacular product launches (culminating in the perfectly serviceable but largely rote OnePlus 6), OnePlus has just become another ‘brand’, with prices having steadily risen through the years.

Samsung and Apple went back to what they seemingly do best – incremental adjustments (as our review of the Galaxy Note 9 proves), safe design paths, iterative refinement. Oh, and a bigger screen. All this, every year, for the price of your left kidney. Don’t worry, because next year we’ll ask for a piece of your liver as collateral too.

The result? The phone world has been stuck in a rut for quite a while. That is of course, until this interesting gem from Xiaomi. Seeing that list for the first time was an exercise in doing a series of double takes – surely there is no conceivable way you could cram this much into such a phone at that price?

With the Pocophone, you’re paying less than RM1.6k for the top-spec 256GB / 8GB RAM model. The OnePlus 6 will set you back a handy RM2.5k for an equivalent set of features (with the caveat that the 6 has a better screen), but for almost a thousand more.

Tack on Samsung to that feature set, and you’re looking at around RM3k. The Galaxy Note 9 is an eye-watering RM4k in comparison.

Are these price premiums worth it? Ultimately that is something each individual consumer will have to answer for themselves. But on paper the battle seems to be heavily in favour of the upstart from Xiaomi – on price alone, the Pocophone F1 looks to be an absolute steal.

Which brings us back to OnePlus.

Those of us that remember the almost 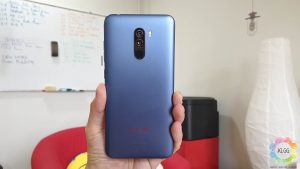 uncontrollable glee that bled through our fingers as we eagerly shared the news of the One’s arrival all those years ago have been left disappointed in the intervening years. OnePlus has since left that value sweetspot, in pursuit of bigger profitability and bigger market share. Much like their more premium competitors, they have moved to a 6-month product cycle, with the 6T about to hit us at the end of the year.

That’s not to say that we haven’t had good phones in this price bracket – both Huawei and Oppo have excellent product ranges that cover this budget. However, we haven’t had a jaw-dropper for quite a while – a true-blue convergence of cutting-edge technology and affordability that results in amazing bang-for-your-buck. That wait is finally, on the surface at least, over.

If the OnePlus One was a statement, the Pocophone F1 is a screeching banshee determined to scare the bejeesus out of anyone not named Xiao or Mi. It is a wailing siren call to the tech world: stop the chase for ever-bigger profit margins. Re-focus your efforts on providing consumers with that most capitalistic (yet also altruistic) of notions : choice.

Not just any choice – but choices that excite us, get our blood going, and give us an experience that is not just remarkable, but also remarkably affordable.

What a time to be alive.

In love with technology, movies and gaming, Rafie reserves the right to spout his usual brand of verbosity when it comes to gadgets, PC components and the occasional piece of head-turning news. He's also a PC builder that thinks a great evening involves dismantling a PC and finding an excuse to water-cool it.

Apple Watch might be getting an always-on display feature