realme Narzo 50A to feature fingerprint sensor on camera bump 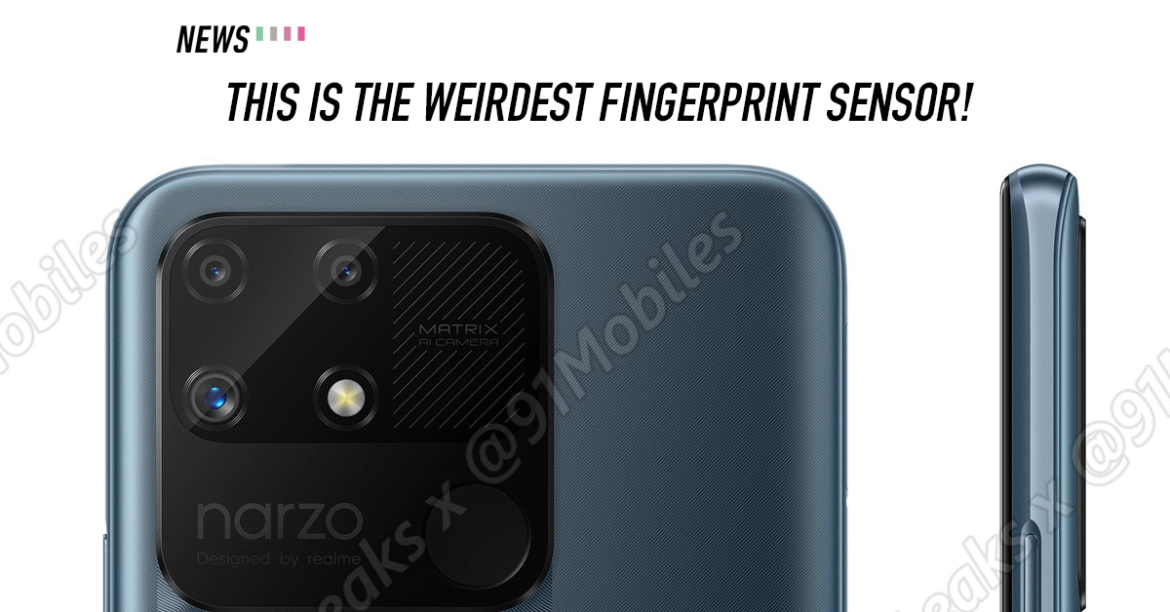 We’re all familiar with fingerprint sensors and where they’re placed — it’s either the back, the side or the front (for under-display ones). However, the upcoming realme Narzo 50A is taking a ‘revolutionary’ step by placing it on the camera bump.

realme Narzo 50A is just…odd

It’s an odd placement, but it’s still a spot that’s accessible to your fingers. That being said, some users will probably find this weird or even impractical. Since the sensor is close to the camera lenses, it’s likely that Narzo 50A users will end up smudging their cameras more often than they’d like. The fingerprint sensor isn’t the only different thing; realme is also introducing a dual-tone design. Renders from 91mobiles and @OnLeaks reveals a one side that is smooth — like your usual smartphones, and another side that has diagonal stripes. The second side aligns vertically with the camera bump that is also wider than usual because it also houses the fingerprint sensor.

Although there are no confirmed specs yet, rumours are suggesting the phone to come with an 8MP front camera, a 12.5MP rear camera and a MediaTek Helio chip.