Honor has just unveiled the Magic Vs, its second foldable smartphone in China today and for the very first time, the company has confirmed that this will be the first foldable phone to debut globally, while Honor Malaysia has also hinted that it might launch the phone in Malaysia.

Succeeding the Honor Magic V, the Magic Vs is now sleeker and lighter than its predecessor while maintaining a 6.45-inch exterior OLED display that pushes FHD+ resolution at 120Hz, while unfolding the phone expands the view to a 7.9-inch OLED display that pushes 2K resolution at 90Hz, this is all made possible due to the reduced components along the hinge from 92 to 4 components, resulting in a 261g weight and 6.1mm of thickness when unfolded.

Powered by the Snapdragon 8+ Gen 1 chipset, the Honor Magic Vs is mated to either 8GB or 12GB RAM and up to 512GB of non-expandable memory, it employs a triple camera system which comprises of a 54MP Sony IMX800 sensor that first debuted on the Honor 70, a 50MP Ultrawide sensor that also takes macro shots, and an 8MP 3x optical zoom sensor that’s capable of doing up to 30x digital zoom.

For its front cameras, Honor employs a 16MP sensor for both the exterior and interior screen on a punch hole cutout, a decent choice as compared the Galaxy Z Fold 4.

Despite its slimmer form, Honor has managed to fit a 5000mAh battery and supports 66W Honor Fast Charge, which makes it the first foldable phone to have such huge battery and we should expect some impressive battery life along with the phone’s power efficient chipset.

The Magic Vs ships with MagicUI 7.0 based on Android 12L, which has been greatly optimized for foldable phones and users can expect a seamless app continuity experience when switching from the exterior to the interior display.

Honor Malaysia has teased that it has intentions of bringing the phone to the Malaysian market, as CEO George Zhao has also said during the China launch event that the phone will ultimately make it out of its homeland, and based on Honor’s track record, Malaysia has always been one of the first countries to launch their new phones. 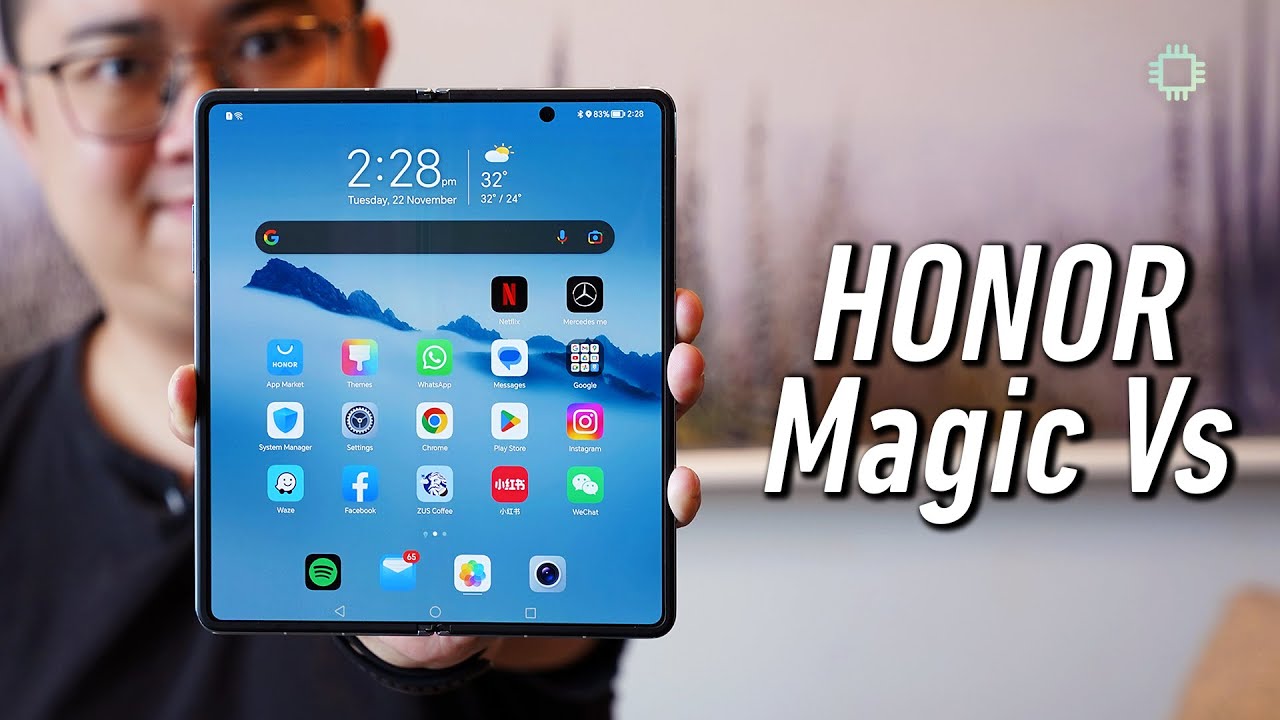