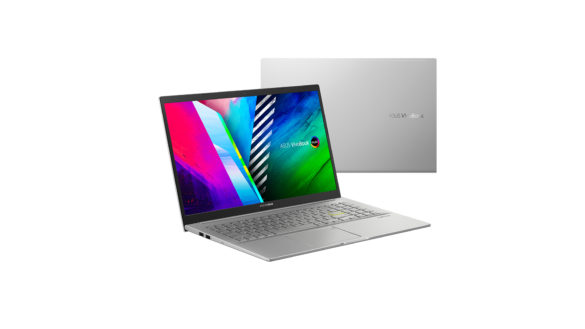 ASUS is once again resetting the bar for mainstream laptops by introducing its new Vivobook OLED series to the Malaysian market, these Vivobook series comprise of three models, namely the Vivobook 15 OLED, Vivobook Pro 15 OLED and Vivobook Pro 14X OLED. Leading the pack, the Vivobook Pro 14X OLED sports an impressive 14-inch 16:10 2.8K OLED display that pushes 90Hz refresh rate, this is a DisplayHDR 600 certified display that has a peak brightness of 600nits, it supports 100% DCI-P3 color gamut and has 70% less harmful blue light, making this a really good media consumption machine.

Powered by an Intel Core i5-11300H processor and GeForce RTX 3050 Laptop GPU, the Vivobook 14X OLED comes with 16GB of DDR4-3200MHz RAM and 512GB of PCIe SSD, which is quite decent for medium weight content creation workflows and creators can expect good battery life with the laptop’s 63Wh battery. As a refresh, the Vivobook Pro 15 OLED sports a beautiful 15-inch NanoEdge Full HD OLED display and a brand new chassis design, which is available in color option of Cool Silver and Quiet Blue. The budget-friendly Vivobook 15 has also gotten the taste of OLED this time, while sporting a similar design as its predecessor, the Vivobook 15 OLED is offered in Intel Tiger Lake and AMD Ryzen 5000 APU variants.

The Vivobook 15 OLED will start at RM2,799 and maxes out at RM3,499, which makes it the most affordable OLED laptop in the market.

HONOR 50 Lite will be available in Malaysia from 25th November!