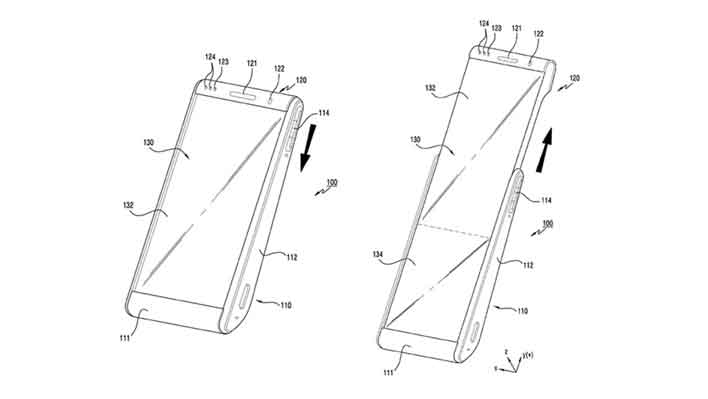 Following the introduction and eventual jeering of the Samsung Fold, the Korean giants are apparently working on, what could best be described as a sliding smartphone.

No, not like the Xiaomi Mi Mix 3 where the sliding module activates the selfie camera, but one where a second screen appears when the main one slides above it.

According to Hot Hardware, leaked patents suggest that the main screen is housed between two sliding pillars and can be pushed upwards, revealing the bottom display; we’re assuming that the two screens will then extend the display and navigation buttons will migrate to the bottom panel. 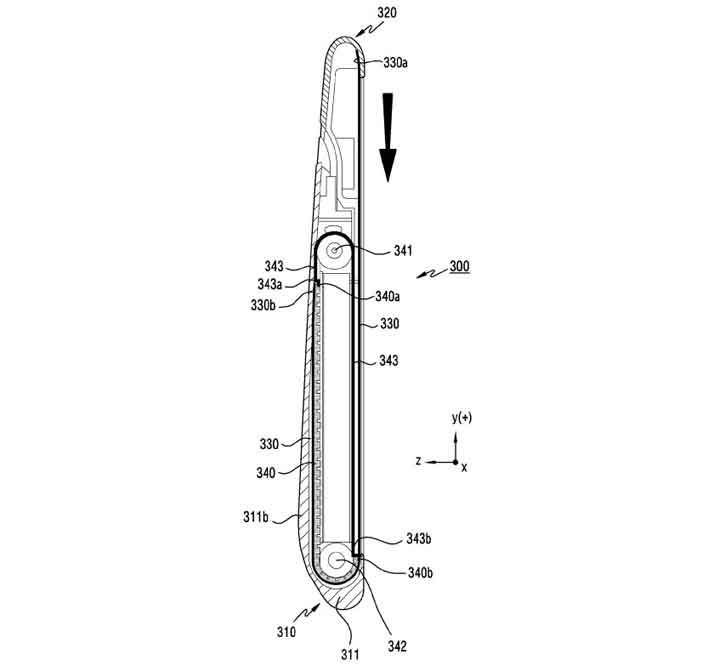 One of the patents show the cross section of design; we see a roller which is most likely responsible for making the sliding mechanism possible.

If this sees the light of day, Samsung would make doubly sure they take time to fine tune their tech; the recently introduction of the Galaxy Fold, where reviewers exposed flaws in the panels which came as a result of lapse QC.

Apple may have seven more MacBook updates coming this fall