Samsung has officially introduced the Z Flip4 and Z Fold4 foldables, they look very identical to their predecessors but Samsung has in fact done some subtle improvements to the build and software, which gives people more reasons to consider switching over from a conventional smartphone form factor. 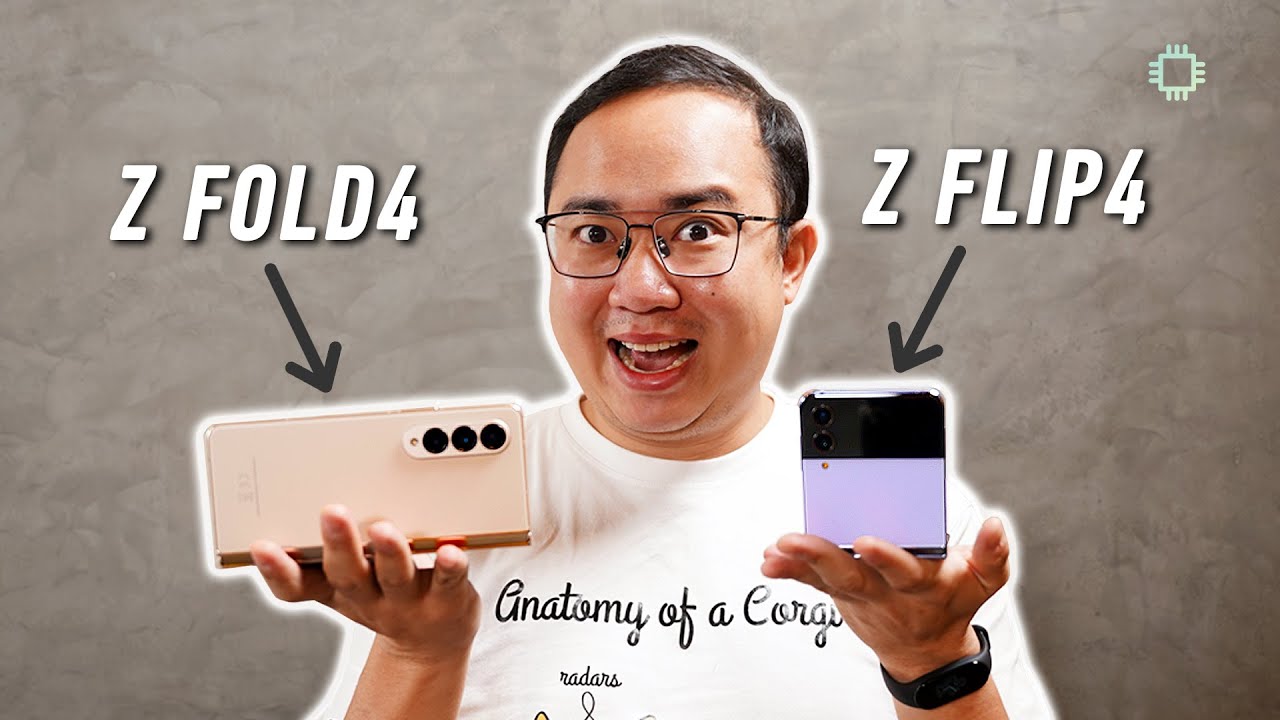 Both the new Galaxy Z foldables now feature a new slimmer hinge that has a smoother mechanism when you unfold them, which essentially makes them thinner and easier to handle than their predecessors, they also have their screen bezels slimmed down that gives it a higher screen-to-body ratio while maintaining the same screen size, and best of all, they are the only foldables in the market to still feature IPX8 water resistance.

The Z Flip4 and Z Fold4 are powered by the Snapdragon 8+ Gen 1 processor, which users will find improved performance and better efficiency compared to the Galaxy S22 series, they are preloaded with One UI 4.1.1 based on Android 12 and is expected to receive up to 4 years of major Android OS upgrades.

Samsung has essentially fixed the major shortcomings of the Z Flip3 on its successor, as the Z Flip4’s battery has been bumped to 3700mAh from 3300mAh and now supports 25W fast charging instead of 15W, the main 12MP camera now comes with a larger 1.8μm sensor that users should see improvements in low light and is supported by a 12MP ultrawide, and if you require more storage, the Z Flip4 will be offered in a 512GB storage variant alongside the usual 128GB and 256GB storage variant with 8GB of RAM.

As for the Z Fold4, Samsung has basically slimmed down the bezels of both the cover and internal display while retaining their sizes at 6.2-inch and 7.6-inch respectively, due to the similar slim hinge mechansim that’s also present on the Z Flip4, the Z Fold4 now weighs lighter at 263g, down from 271g on the Z Fold3, while having a slightly larger battery size of 4400mAh and it continues to be an IPX8 water resistant body.

The Z Fold4 also has significantly better cameras than its predecessor, as the triple camera array comprise of a 50MP main sensor, a 12MP ultrawide and a 10MP telephoto that does up to 3x optical and 30x digital zoom, while the under glass camera on the internal screen has also been improved with better image quality despite still being a 4MP resolution camera, the cover screen camera is the same 10MP camera as the Z Fold3.

Samsung has done a number of enhancements to the Z Fold4’s software too, as it features a taskbar that essentially lets you switch between apps on the dock while within an app, and an improved Flex mode that lets you use the bottom part of the screen as a trackpad when folded half way, the foldable will still support last year’s S Pen and S Pen Pro accessory, while it now gains the ability to recognize address from text.

Z Flip4 and Z Fold4 Price and Availability in Malaysia

The Galaxy Z Flip4 is currently available for preorders with color options of Bora Purple, Blue, Pink Gold and Graphite, pricing details are as below:-

The Galaxy Z Fold4 is also available for preorders with color options of Graygreen, Beige, Phantom Black and Burgundy, pricing details are as below:-