Have a car that supports wired Apple CarPlay but don’t want to mess with cables in your car? Or your wired CarPlay system doesn’t support Android Auto? Well, its just a shame that most cars simply don’t let you swap out head units that easily and Android-based head units are usually unreliable and expensive, this is why we have listed three of our most recommended wireless CarPlay and Android Auto alternatives you can buy in Malaysia. 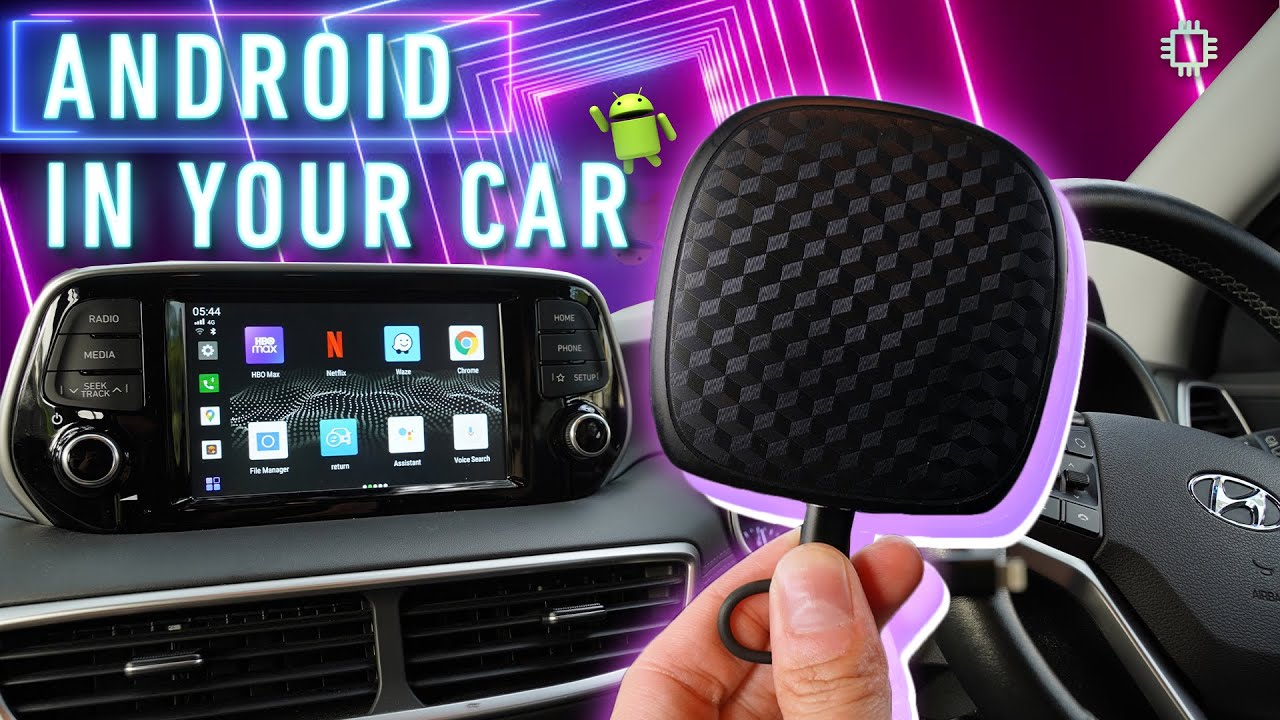 Our top recommendation goes to the KyeBriq Android Box, which can be purchased in Malaysia at our e-store Good Deals by KLGG at the price of RM1,099. Hailing from Singapore, the KyeBriq Android Box basically uses the Apple CarPlay connection of your car to run a full fledge Android 9 operating system, it also comes preloaded with Google Play Store, albeit a non-certified device, and a handful of streaming apps at first boot.

Making phone calls over your smartphone through Kyebriq is still possible, all thanks to its dual Bluetooth connectivity, the Bluetooth 5.0 connection is used exclusively for your smartphone, while Bluetooth 4.2 is used exclusive for the box to connect to external devices such as a remote control. KyeBriq uses the ZLINK5 app to enable wireless Android Auto and CarPlay, which has worked very well in our tests.

However, the KyeBriq Android Box isn’t suitable for car head units that doesn’t have a touch screen, although there is a remote control with an air mouse function that you can purchase separately, you probably don’t want to use that to navigate through the touch optimized interface while driving.

Otherwise, the KyeBriq Android Box is a gadget that you should consider for your car if you don’t want to mess around with your existing head unit. 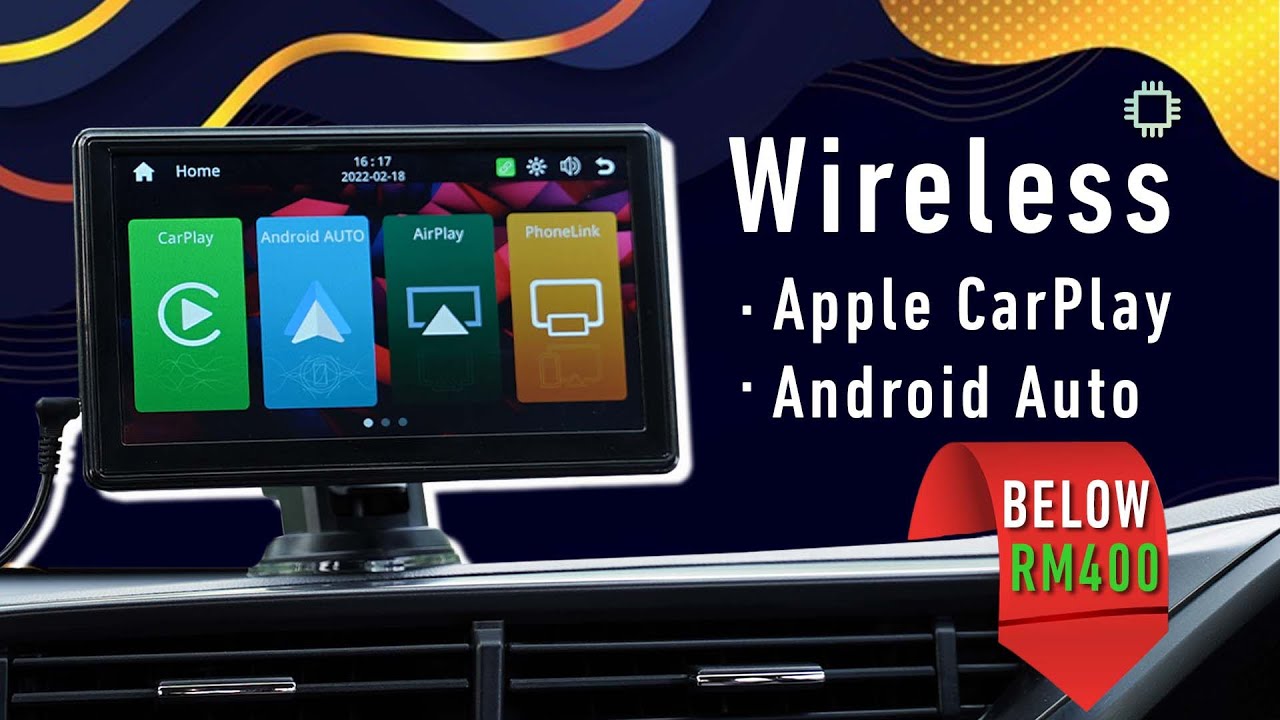 This is the most affordable solution at RM400 which you can consider if you don’t mind having an external display placed on top of your dashboard, just like how you have a GPS navigation unit during the old dumbphone days.

The 7-inch display runs a very light version of Linux that will let you do the essentials of running wireless Apple CarPlay and Android Auto, while it has a built-in media player that lets you play media files on your USB flash drive, and screen mirroring function for your smartphone, you can connect the display to your car’s stereo with a 3.5mm cable for audio and though it comes with built-in speakers, we don’t recommend using it for music listening 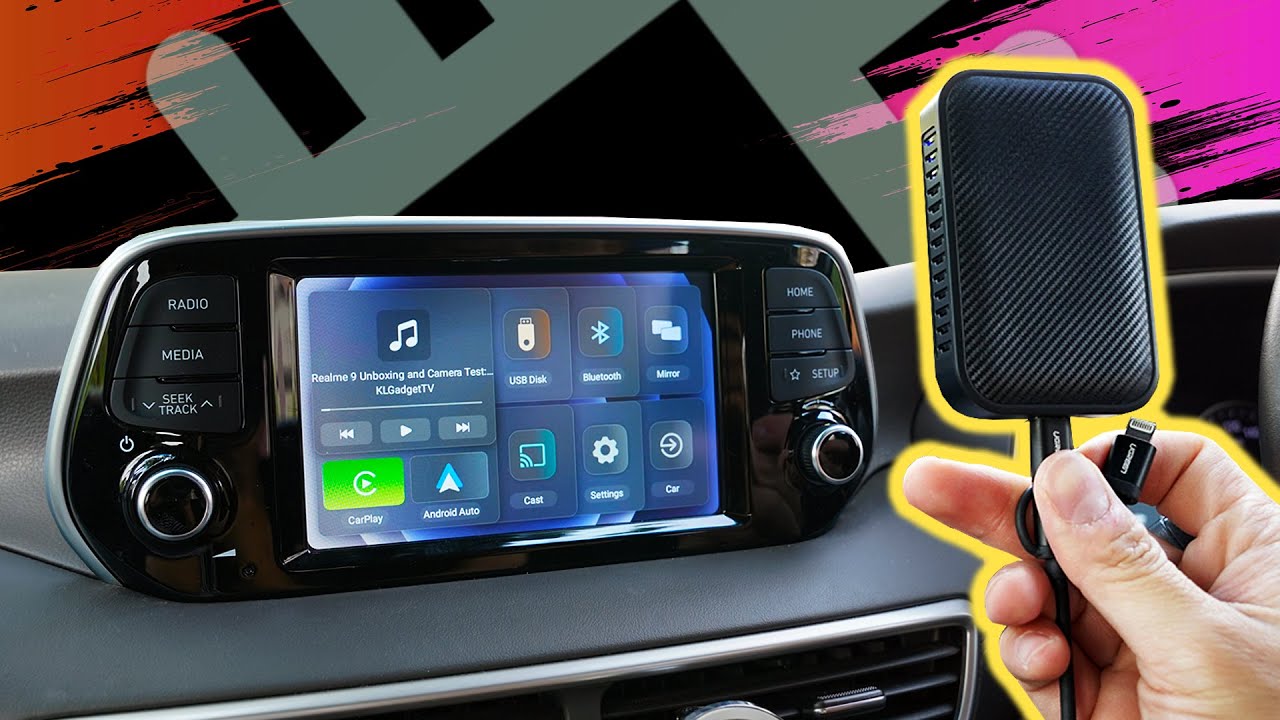 If you prefer to keep things simple, this adapter from TUMXIUSU will simply enable wireless CarPlay and Android Auto in your car. Like the KyeBriq Android Box, it connects over wired CarPlay so you need to ensure that your existing head unit already supports that, though don’t be too excited when you see an Android 11 splash screen when you boot it up, because it merely uses it as its core operating system so that you can do extra stuff such as wireless mirroring and casting, media playback over USB and making phone calls over Bluetooth.

Overall, our experience with it has been very pleasant, it has worked well on a non touch-screen head unit and boots up really fast, wireless connection is also reliable with both CarPlay and Android Auto, the adapter will cost you $130 which you can purchase it with our code here for a 8% discount.