You may have heard of virtual memory before; it’s a common, but important feature used on computers to temporarily extend memory capacity on a system at times when there’s a memory shortage. But besides computers, memory is crucial to a smartphone’s functionality as well – vivo understands this, and the brand has introduced their very own take on the virtual memory feature, that phones like the new vivo X60 and V21 series use. (Check out our unboxing videos of the phones here: X60 Pro , V21)

So why is this good for? A smartphone is pushed to its limits when a user has multiple programs running at one time; you add to that resource-hungry programs video editing software and video games – and you’ll have yourself a sluggish smartphone.

Virtual memory essentially gives the device more room to breathe, without causing crashes, and freezes in apps. On the vivo X60 series, up to 20 background programs can be cached simultaneously, meaning you can multitask without experiencing any slowdown.

On top of that vivo also employs an algorithm to make sure inactive apps are moved to the Virtual RAM, while active programs are kept in the dedicated RAM that performs faster.

If you’re interested in the vivo X60 or the V21 series, visit vivo’s website here to make your purchase. 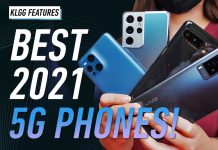 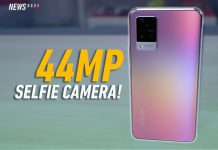