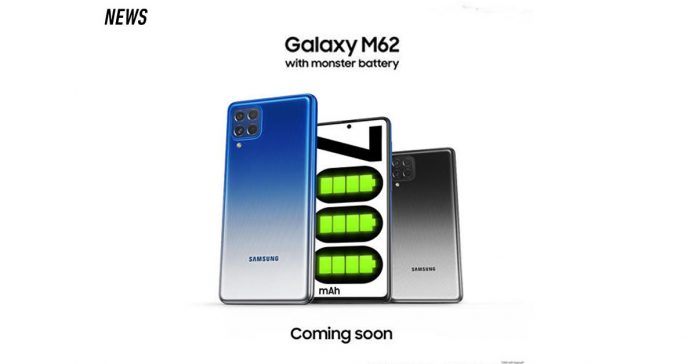 The Samsung Galaxy F62 is making its way to Malaysian shores confirms the brand – there will also apparently be an exclusive Lazada promo event happening when it launches.

The device was previously launched in India as the Galaxy F62 – it’s just rebranded here, but still pack the same hardware and design. What stands out about the Galaxy M62 is its massive 7,000mAh battery and 25W of fast charging – all this goes into powering a massive 6.7-inch Super AMOLED FHD display.

Under the hood is an Exynos 9825, which is comparable to the powerful Snapdragon 855. For memory and storage, the Indian variant came with up to 8GB RAM and 128GB storage – and we suspect the Malaysian variants will get more of the latter. For imaging, the phone packs a standard 64MP quad-camera system consisting of a 12MP ultrawide lens, a 5MP bokeh camera, and a 5MP macro lens.