During the CES 2021 virtual conference earlier this morning, NVIDIA completes their RTX 30-series line-up of GPUs in the form of the RTX 3060.

The RTX 3060 comes with 3,584 CUDA cores, a boost clock of 1.78GHz, a 192-bit memory bus width, and a 170W TDP. Resizable BAR is also supported on the card, which allows the CPU to access all the GPU memory at once, giving you better performance.

The GPU comes with 12GB GDDR6 VRAM and supposedly offers 10 times more ray tracing performance compared to its predecessor. Interestingly, NVIDIA touts this as the replacement for the GTX 1060. The card gives gamers a massive boost of FPS into the 60FPS range in modern games like Shadow of the Tomb Raider, where the GTX 1060 would only average below playable levels of frames.

NVIDIA clarifies that although the RTX 3060 does have more memory than the RTX 3070 (8GB GDDR6), the latter will still offer better performance due to the raw horsepower of the card – so if you’re looking for something beefier, the RTX 3070 is the way to go.

NVIDIA is also touting its DLSS technology to provide added performance by using AI upscaling to allow games to run much smoother without sacrificing fidelity. Take this with a grain of salt because not every big title that you’re playing supports DLSS.

With that said, the RTX 3060 should be the new go-to for 1440p gaming at an affordable price tag, and should be flying off the shelves when it arrives in the country. We’ll be sure to keep you updated on the Malaysian pricing when we get more information. 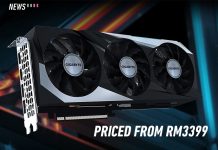 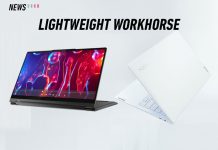 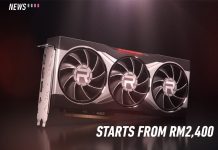