Apple isn’t shy of thinking outside the box once in a while and one of the newest innovations to emerge from the California-based company is new keyboard for Mac devices that offer configurable keys that house small displays underneath.

A new patent has been granted to Apple in the US for an unnamed keyboard design that’ll feature, at least a large upper portion of the keyboard that’ll be made up of these keys can be customized to function as any input you will it to be.

They can also be dynamic, meaning their functions change depending on the app you’re using – this’ll likely only work on Apple programs first such as Final Cut Pro, and Logic Pro X. Eventually, third-party apps should make use of the features too.

According to GSM Arena, the keys could make use of OLED to emit images, but what materials the keys are made of is still very much a mystery. You put this together with the Apple Touch Bar, and you have yourself a very creator-centric Mac device.

This is just a patent for now, and we’re hoping we’ll see the idea in the flesh sooner rather than later. 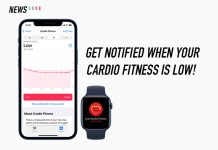