The vivo V20 series is finally launched in Malaysia today — both the vivo V20 and V20 Pro come with a 64MP triple camera setup and its 44MP selfie lens support 4K video recording. The vivo V20 Pro comes with a 6.44-inch AMOLED display and a narrow notch that houses a 44MP camera paired with an 8MP super-wide angle lens. On the rear, it has a 64MP camera alongside a 2MP mono lens and an 8MP super-wide lens that also works as a macro shooter and a bokeh lens.

Under the hood, the V20 Pro is powered by a Snapdragon 765G chipset paired with 8GB RAM and 128GB storage. Not only does it support 5G connectivity, but it also ships with Funtouch OS 11 and features a 4,000mAh battery with 33W Flash Charge. Now, the vanilla model is quite similar to the vivo V20 Pro. It also uses a 6.44-inch AMOLED screen but unlike its elder sibling, it doesn’t come with an extra super-wide angle front lens. However, the rear camera setup is similar. The V20 is priced at RM1,499 and the V20 Pro is available at RM1,899. They can be pre-ordered from October 20 to October 23 in which you can get the phones with free gifts and up to 3 years warranty at Senheng and SenQ. It is also available at telco partners and e-commerce stores like Lazada and Shopee. 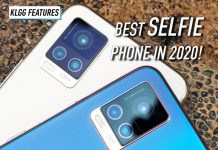 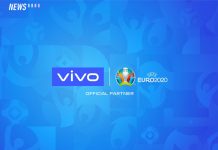 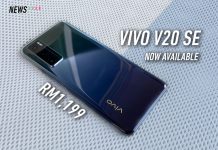