We’ve gotten another official look of the upcoming Google Pixel 5 courtesy of Google Japan’s Twitter team – they’ve recently shared a sneak peak of the device along with its price in Yen.

The thing is, the post seems to have been a misfire as it’s no longer on their official Twitter page – but screenshots have been taken and are now on the internet forever. From the get go, we see a punch-hole camera placed on the left of the display, along with thin bezels too.

The ad copy confirms that the phone will support 5G, but most likely only Sub-6 band networks as reported before.

More exciting of course is the price – the ad shows that the phone is priced at 74,800 Yen (RM2,598) and is available for pre-order soon.

This makes the phone even cheaper than the previous Pixel 4’s launch price – but then again the Pixel 5 doesn’t ship with a flagship processer like its older brother.

That’s all we know for now regarding Google’s latest, so we’ll have to tune in during Google’s event this 30 September to learn more. 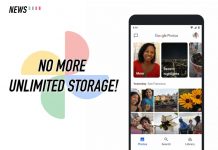