The latest vivo V20 SE is launched in Malaysia today featuring a midrange chipset paired with a huge battery and a 32MP selfie camera. The V20 SE is one of the three phones that we’ll see in the V20 series; it has a 6.44-inch AMOLED display paired with a 3D glass body and comes with a water drop notch where you’ll find the 32MP camera. Just like the previous vivo phones, the V20 SE has Super Night Selfie which allows it to take brighter and clearer shots in lowlight situations. In addition to that, the phone is equipped with a Snapdragon 665 chipset paired with 8GB RAM and 128GB storage. It has a 4,100mAh battery that comes with 33W Flash Charge 2.0, allowing users to fully charge this phone in an hour. Naturally, the new device runs on vivo’s own UI, FunTouch OS 11. As for its rear camera, the V20 SE comes with a triple camera setup consisting of a 48MP lens paired with an 8MP ultra wide sensor and a 2MP portrait lens. It also comes with Night mode, blablablabla

The vivo V20 SE is available in Gravity Black and Oxygen Blue at RM1,199 and can be purchased from today onwards. Those who buy the phone from September 24 to October 2 will also be entitled to an exclusive gift worth up to RM199. 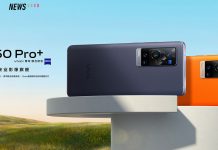 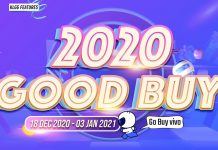