After its initial introduction in June, the Apple iOS 14 has finally been rolled-out to the masses and it can be downloaded now on the iPhone 6s and newer – including the iPhone SE (2020) obivously. One of the biggest updates aesthetically are the widgets page and app library – the former is pretty self-explanatory, and lets you fill up an entire page filled with useful widgets; you can also choose to place the widgets on any other screen for easy of access. The app library is sort of line an Android app drawer, but Apple’s puts a spin on it by packaging apps into their respective categories, which is arranged neatly in a single page; so it’s not so much all your apps arranged in alphabetical order. This is useful for those who search apps based on their categories, but we think most people search based on the name instead.

There’s also a picture-in-picture mode that we’ve also seen on Android before, but oddly, the feature doesn’t work on the YouTube app. Siri is apparently smarter now and even lets you send voice messages to your contacts. When it comes to the native messaging app, you now get a more intuitive app, letting you pin conversations to the top, while adding inline replies. You’ll also be notified in a group chat if someone replies to your message. Memoji is improved too with 20 new hairstyles and headwear.

Also new is App Clips, which are stripped-down versions of existing apps that pop up, should you need them, to perform tasks like paying, browsing, and more – when you’ve completed the task it goes away and doesn’t eat up storage space or data. You should be able to download the update already if you have a compatible iPhone – simply head to into your settings and into your software update tab. Visit Apple’s website here to learn more about iOS 14 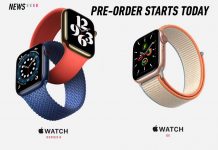