When HUAWEI officially launched HarmonyOS, it was only available for its smart home devices. Now, HUAWEI’s consumer chief Richard Yu announced that it will be available to all of its smartphones in 2021.

HUAWEI switching from Android to HarmonyOS HUAWEI’s decision to move on from Android OS to HarmonyOS is likely due to the U.S government’s ban. The government has security concerns over the Chinese companies and did not allow U.S companies to sell any technologies and components to HUAWEI.

When Yu announced the operating system back in 2019, he said that it’s “completely different from Android and iOS”. Now, the company has no choice but to use their own OS if they want to keep producing smartphones. HUAWEI has been facing a lot of difficulties recently, Yu said that the lack of chip supply might cause lead to “the last generation of HUAWEI Kirin high-end chips.” However, if HUAWEI successfully brings HarmonyOS to its phones, then it’s the only OS so far that can be shared across different devices — smartphones, wearables, smart home devices and in-car systems. 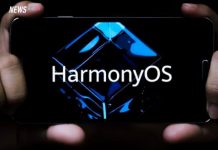 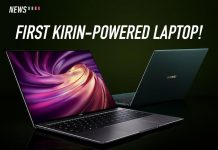