Google has officially released Android 11 today; this means that other OEM will soon update their UIs to bring in Android 11 features too. Just like what we’ve seen in the beta version, Android 11 comes with a bunch of new features including chat bubbles, built-in screen recording, smart reply, device controls and more. All supported messaging apps will get chat bubbles for ease of access — similar to the current Messenger app on an Android phone.

ColorOS first to reveal own UI

One of the earliest OEMs to push out their own updated UI is OPPO. ColorOS 11 public beta which is based on Android 11 is already available and will be accessible to Find X3 and Reno 3 Series (4G) users. OPPO will reveal ColorOS 11 on September 14 to introduce the new features to OPPO users. 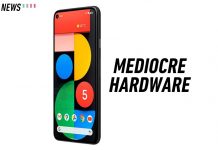