A TrendForce report has reaffirmed that the iPhone 12 lineup will be sold without accessories to reduce cost, but these devices won’t be cheaper.

Contents hide
1 iPhone 12 starts at $699 (RM3,399)
2 iPhone 12 gets 5G connectivity, ProMotion display and LiDAR sensor
3 Same price, but no accessories?
4 New iPhones will only be available in October While the iPhone 12 has a chance of remaining at the same price as the iPhone 11 when it was first launched, the iPhone 12 Pro Max will be pricier than its predecessor by at least $50. Malaysians will have to pay more than usual, especially since the local price is always higher than the price after conversion.

It’s not surprising though; after all, Apple is adding 5G connectivity to all the iPhones and the higher models might also get two iPad Pro features — a 120Hz ProMotion display and a LiDAR sensor. However, Apple will be shipping the new devices without any charger or EarPods to offset the costs.

Same price, but no accessories?

For existing Apple users, the lack of a charger or an EarPods might not seem like big deal; they’ve got their own anyway. However, users who’ve been using the 5W chargers may be disappointed by the lack of a fast charger. New iPhone users will also be displeased to have to spend more just to get the necessary accessories for their iPhones.

TrendForce also revealed that the iPhone 12 and 12 Max will be equipped with 4GB RAM, while the Pro models will come with 6GB. The Pro models will also have an extra 12MP telephoto lens and dual OIS — this is similar to the current iPhone 11 lineup.

New iPhones will only be available in October

There will be a delay in the release of these phones, unlike the usual September launch. Even though Apple will announce the iPhone 12 models in September, the COVID-19 situation has led to production delays which results in a later release. 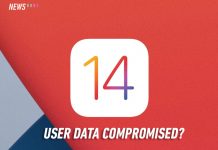