Hyundai has announced that the new Kona compact SUV will be making its way to Malaysia in Q4 this year – the B-segment car is apparently designed for customers with “active” lifestyles, so expect to be tailgated on the fast lane by one of these very soon. The five-seater sports a cascading grille that looks like something Perodua would put on the next Axia facelift; but the rest of the vehicle does look rather sleek; almost like a Renault Captur – you get a two-tone paint-job with a black top which accents the car’s “urban smart armor” (that’s really what Hyundai calls it) body.

Lighting up the license plates of poor ol’ Kancils on the road are a combination of LED and DRLs – they look familiar to last year’s iteration, so there’s not much to drive home about here. Inside, the car fitted with a projected heads-up display with an active pop-up screen, as well as a 7-inch infotainment screen that supports Apple CarPlay and Android Auto. There will also be a wireless charger fitted in the car too, so you can do away with unnecessary cables.

There’s no word on its exact specifications yet, but according to Paul Tan, the new Kona will ship with a few engine options – 2.0L MPI, 1.0L T-GDI three-cylinder, and a 1.6L Gamma T-GDI; you pair it with a seven-speed dual-clutch transmission.

Hyundai hasn’t announced the local pricing of the Kona yet, or when exactly in Q4 it’ll arrive, but we’ll be sure to keep you updated on the latest news when more information is disclosed. Alternatively, you can register your interest in the Kona by visiting Hyundai’s website here. 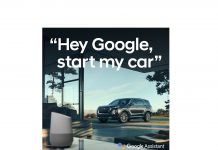