Recent leaked images of the new Xbox controller has surfaced online with support for the Xbox Series S — confirming that Microsoft will be launching a new Xbox soon.

Leaked images of an Xbox controller

Just a few hours ago, a Twitter user with the name Zak S tweeted photos of the Xbox controller that supports Xbox Series X|S, Xbox One, Windows 10, Android and iOS. This means that Microsoft might be revealing the Xbox Series S really soon — a cheaper next-gen Xbox console.

And here’s a video to show that it’s real pic.twitter.com/4SWl3nmsIw

Previously codenamed as Lockhart console, The Verge said that the Xbox Series S will come with 7.5GB of RAM and features a similar CPU as the Xbox Series X. As for its controller, it sports a Hybrid D-pad and a Star button, has a textured grip and supports Bluetooth pairing.

This new Xbox controller comes in Robot White, but Microsoft hasn’t announced its availability nor its console’s. That being said, rumors are suggesting the console to launch within August. 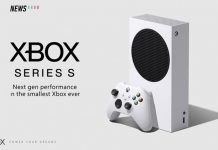