There are two models available – the regular 11-inch Galaxy Tab S7, and the 12.4-inch Galaxy Tab S7+. The former packs an LTPS LCD display that pushes a resolution of 2560×1600, while the latter comes with a Super AMOLED 2800x1752p screen. Both tablet’s displays push a 120Hz refresh rate. Aesthetics wise, the tablet has a familiar square frame, but Samsung claims that the bigger Galaxy Tab S7+ is one of the thinnest around measuring at only 5.7mm in thickness. The tab is available in three colours – the popular Mystic Bronze, as well as the Mystic Silver, and Mystic Black.

Under the hood, both tablets pack a very capable Snapdragon 865+ chipset with up to 8GB RAM and up to 256GB of internal storage. The Tab S7 comes with an 8,000mAh battery, while the Tab S7+ packs a 10,090mAh unit – both devices support 45W of Super Fast Charging. When it comes to imaging, you get a main 13MP lens placed next to a 5MP shooter. For selfies, you get an 8MP lens.

Like the Galaxy Note 20 series, the Tab S7 comes with the new-and-improved S Pen stylus which offers a low latency touch rate of just 9ms. You can also enjoy features within the Samsung ecosystem like the Samsung DeX, which now connects wirelessly and allows you to extend your display and workspace. You can also snap three apps onto the secondary display to maximize productivity. 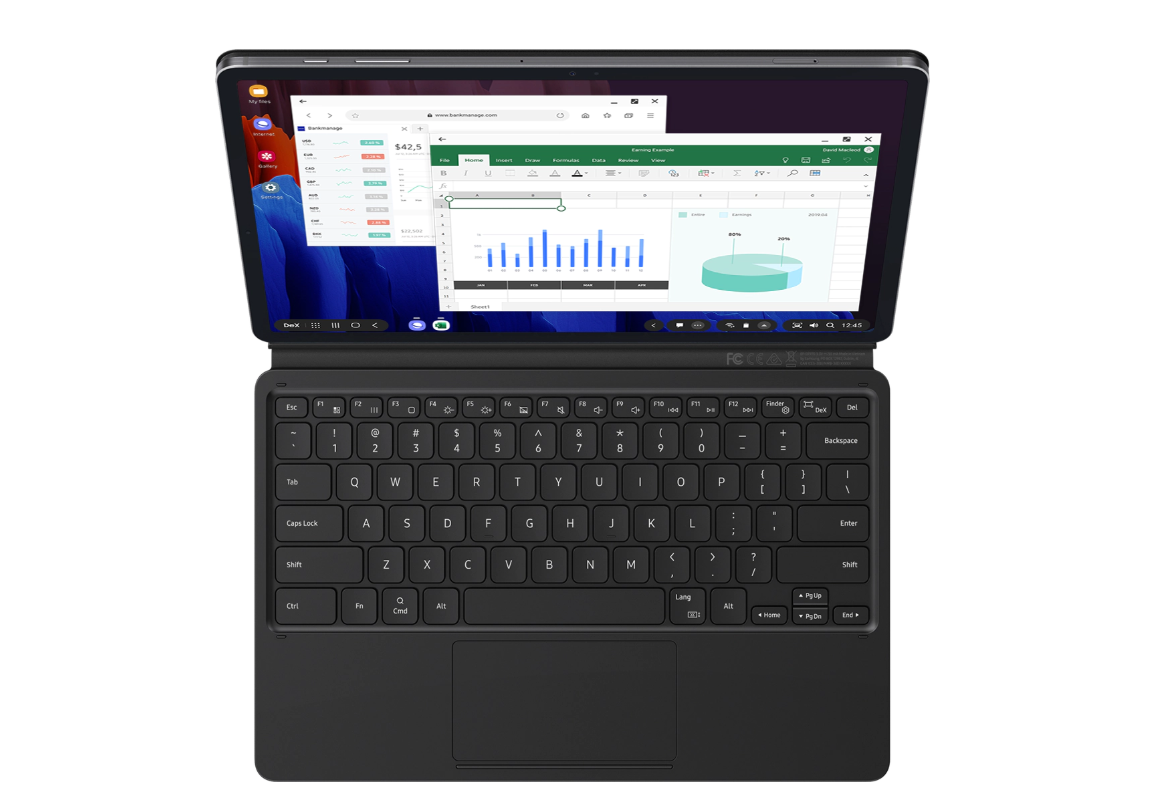 The tablet is compatible with the Samsung Book Cover Keyboard which also has a touch pad and a cover for the S Pen should you place it on the magnetic charger on the back of the tablet. The Tab S7 series comes in three connectivity variants – WiFi, LTE, and 5G; but Samsung Malaysia has only listed the WiFi variant on their website with no official pricing.