Starting with the Galaxy Note 20, Samsung tells us that this is sort of the gateway Galaxy Note device for people who’re thinking of making the switch. This is emphasized by its relatively toned-down specs.

You get a 6.7inch FHD+ Super AMOLED Infinity-O panel that’s HDR10+ certified – as usual, the punch hole camera sits right in the middle of the top bezel. From here, we see Samsung abandoning smaller Galaxy Note form factors in favour of going big from the start. Aesthetics wise, there’s not much to shout as it looks fairly familiar to its predecessor – but its much talked-about Mystic Bronze finish looks even better in real life and has a pretty nice frosted finish.

For imaging, the Galaxy Note 20 comes with a 64MP triple camera setup – the 64MP shooter here being the telephoto lens that’s capable of 30x Space Zoom; while the other lenses include a 12MP main camera, and a 12MP ultrawide module. The selfie lens here is a modest 10MP one. Much of its new camera features can be found in the videography department – you can now shoot at 8K @ 24FPS in 21:9 or 16:9 aspect ratio. There’s also a 120FPS slow-mo feature too for added filming creativity.

In the Pro Video mode, there are new additions in the zoom speed control feature that does exactly that – letting you control how fast you want to zoom in or out. To complete an impressive set of videography features is the directional mic feature which lets you choose from which direction audio is picked up when recording – front, rear, omni-directional; plus, it works with Bluetooth devices and USB mics too.

Under the hood is an Exynos 990 chipset, and the Galaxy Note 20 comes in both 4G and 5G variants. The phone packs 8GB of RAM and 256GB of internal storage. You can expand it with a microSD card of up to 1TB of memory. The battery powering the device has a 4,300mAh capacity and supports Fast Wireless Charging 2.0 and is USB PD 3.0 certified. The phone also supports wireless charging and wireless powershare.

Moving on to the top-spec Galaxy Note 20 Ultra, you’re looking at a larger 6.9-inch QHD Dynamic AMOLED x2 display that pushes a 120Hz adaptive refresh rate. The screen here is also curved on the edges, unlike its smaller sibling. It’s also equipped with the newest Corning Gorilla Glass Victus, which is supposedly the strongest smartphone screen to date. When it comes to its cameras, it’s got a 108MP triple-lens setup that has a 108MP main shooter, a 12MP ultrawide camera, and a 12MP telephoto lens capable of 50x Space Zoom. It features a better Laser AF Sensor with tracking autofocus which is apparently very fast.

Under the hood is a also an Exynos 990 chipset but in Malaysia, it will only come with a single 5G model. There’s 12GB of RAM here as well as 256GB of internal storage. The Note 20 Ultra also comes with a slightly larger 4,500mAh battery with the same charging features. The main reason why you’d get a Galaxy note device is for the S Pen stylus – for the Galaxy Note 20 series, the stylus is improved with lower touch latency at only 9ms. This allows you to hand-write on the phone with more responsiveness – particularly useful on the Note 20 Ultra’s 120hz panel that also has a 240Hz touch sampling rate.

There are new Air Gestures introduced to the S Pen which lets you navigate your smartphone from a far without having to touch the device. You can go back, go to your home screen, take a screenshot and more. Pre-orders begin this 6th August – when you pre-order on the online store, you get gifts such as an RM650 voucher to claim the new Galaxy Buds Live (if you order the Note 20 Ultra), or vouchers to redeem the Galaxy Buds+ (if you order the other two models). When you order at the physical Samsung Experience Stores and partner outlets, you will receive the earbuds straight away.

You can learn more about the smartphones here. 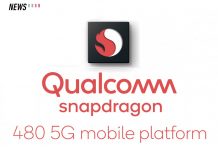 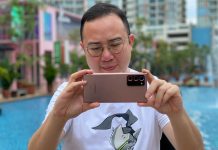 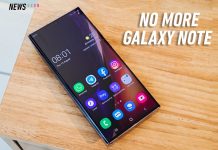