Facebook is still trying to rival TikTok; the company is launching Instagram Reels globally in the coming weeks.

Instagram Reels shares similarities with TikTok, allowing users to create 15-second videos that can be paired with a wide range of music. It was first launched in Brazil in 2019 before expanding to France and Germany last month. Just last week, Reels was made available in India — soon after the country banned TikTok and many other Chinese apps.

NBC News reported that Reels will be launching in over 50 countries including the U.K., Japan, Mexico and more. It can be found within Instagram and posted as an Instagram story. Just two weeks ago, Facebook announced the termination of Lasso and Hobbi. The former is similar to TikTok while the latter resembles Pinterest. However, Reels is unlike these two — it was more successful which led to Facebook’s decision to expand it globally. One can assume that it’s because Instagram is more photo and video-focused while Facebook isn’t. 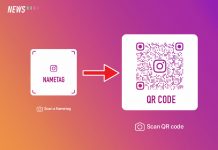