Realme has revealed its newest 5G device today, the realme X50 Pro 5G. While it’ll be available offline from July 11 onwards, those who wish to purchase it earlier can do so on July 7 via Lazada. Realme’s new flagship sports a 6.44-inch Super AMOLED display that pushes 1080p resolution and has a 90Hz refresh rate. It comes with a 92% screen-to-body ratio and also features HDR10+ for better display quality. There’s also an in-screen fingerprint sensor that realme claims can unlock the phone in just 0.27 seconds due to a 40% increase in signal intensity.

Available in Moss Green and Rust Red, the X50 Pro 5G also has a matte texture that prevents users from leaving fingerprints on the back of the phone. As expected of a flagship device, the X50 Pro 5G offers an excellent AnTuTu score of 605,327 using the Snapdragon 865 chipset. Not only is its overall performance and efficiency enhanced, its graphics rendering speed and AI performance has also increased. Realme also confirmed that the X50 Pro 5G features Smart 5G — a feature that helps the phone switch between 4G to 5% and efficiently control power consumption. With support for 65W SuperDart Flash Charge, the 4,200mAh dual-cell battery can be fully charged in just 35 minutes. Even when it’s being charged when gaming, the phone is capable of charging up to 57% in half an hour. The realme X50 Pro 5G has two cameras on the front consisting of a 32MP wide angle camera and another 8MP ultra wide angle camera that supports 105º field of view. Both lenses come’ with UIS video stabilisation and portrait video recording.

On the rear, this phone is equipped with a quad-camera setup. Aside from its 64MP main camera, it has an 8MP ultra wide lens that also functions as a macro lens, a 12MP telephoto lens and a B&W portrait lens. Its telephoto lens is capable of 20x zoom and 5x hybrid optical zoom.

The realme X50 Pro 5G comes with a RM2,999 price tag for its 12GB + 256GB variant. You can get it from Lazada during its first online sale on July 7 or purchase it offline from July 11 onwards. 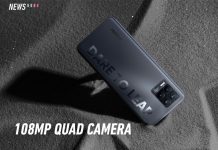 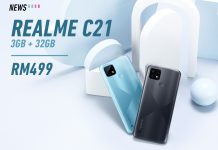