In celebration of their sixth anniversary, HONOR is holding a sale happening from today until 30 June. The event will see you get discounts, free gifts, and vouchers when you purchase an HONOR product. Contents hide
1 What are the deals?
2 Bundle deals

What are the deals?

Below is a list of the best deals you can find during the sale:

On top of that, there are also flash deals that will be revealed at 12pm daily, throughout the sale period – the deals include items such as the HONOR 20 Pro, HONOR 9X, HONOR Mini Speaker and more. To sweeten the deal, HONOR is also offering limited amounts of RM66 and RM606 vouchers which you can grab on 16 June. If you prefer to do our shopping at physical stores, HONOR is offering free gifts with your purchase – the freebies include items like gift packs, powerbanks, fitness bands and more.

Visit HONOR’s online store here to make your purchases or their Facebook page for more updates on the sale. 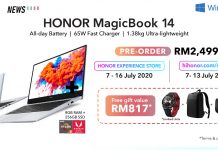 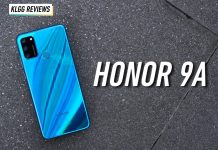 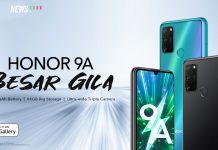