The popular Mi Band series is back again this year; the Mi Band 5 is set to launch in China on June 11 and will launch globally after that and rebranded as the Mi Smart Band 5.

The Mi Bands are popular because they’re really affordable and offers quite an extensive set of fitness tracking features. You get to track your steps, heart rate, sleep and exercises with the Mi Bands, and they’re also known to have really good battery lives. With the Mi Band 5, rumors suggest that Xiaomi will increase the display size to a 1.2-inch AMOLED display. There’s also a possibility for new watch faces, exercise modes and Xiaomi might even include a blood oxygen level tracking feature.

Apart from that, Xiaomi might be adding the PAI Health function which offers you scored of your health activities such as heart rate, activity and more. This is similar to what you’re already seeing on Fitbit for its sleep tracking.

The Xiaomi Mi Band 5 is expected to be priced at RMB179 in China when it launches next week, so we’re expecting it to be priced less than RM150 when it arrives in Malaysia. 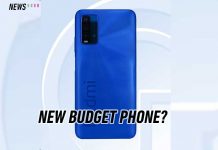 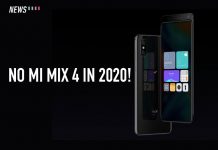 Mi MIX 4 might be delayed again, but Xiaomi has other plans