The Dell XPS 15 has always been deemed as the direct competition to Apple’s MacBook Pro, and Dell has finally updated it with an all-new design and upgraded firepower with 10th Gen Intel processors. The most notable visual change on the new XPS 15 would be its much slimmer display bezels, where it is more edgy and eliminates the bottom chin just like the XPS 13, giving it a 92.9% screen-to-body ratio and now supports an aspect ratio of 16:10, users will get to either a 1920×1200 or 3840×2400 resolution display. The XPS 15 uses a two-piece machined aluminum that makes it look more robust than the previous model, despite the sleek form factor it still offers a full-size SD card reader along with three USB-C ports with Thunderbolt 3 support, there is also a top firing speaker with new Waves Nx 3D audio that should make it sound much better than the previous model, Dell is also claiming up to 25 hours of battery life with the Full HD screen model.

And yes, there is a super small HD webcam located on the top of the display, which is pretty amazing on how Dell manages to do that in such a dense space. Dell Malaysia will begin selling the XPS 15 starting May 15th, where the base specs starts with a 10th Gen Core i5-10300H processor with GeForce GTX1650Ti graphics for RM7,999, no specific configuration set has been revealed to us, but customers should be able to configure up to a 10th Gen Core i9 processor and UHD display. 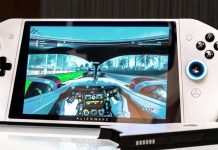 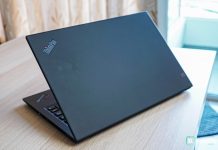 Lenovo ThinkPad X1 Carbon (7th Gen) Review – One of the best around, but way too expensive