Next in the Samsung smartphone pipeline should be the Samsung Galaxy Note 20 series – almost no information about it has been disclosed so far, but tech analyst Ross Young has just given us an early glimpse into how large the upcoming devices will be.

We’re talking more specifically about the display sizes and specs – Young says in a tweet that each variant in the series will be slightly larger than its predecessor; the largest of the lot will be the Galaxy Note 20+ which will be 6.87-inch instead of 6.8-inch. The Galaxy Note 20+ also will have a 3096×1444 resolution display that’ll push a refresh rate of 120Hz.

Both phones will use a variable refresh rate system to be more power efficient. But it is unsure if it’ll be the same as the Galaxy S20’s system that switches to 60Hz depending on certain circumstances.

It’s also important to note that there will be no Galaxy Note 20 Ultra like its Galaxy S20 cousin. It’s sensible since anything larger than a 6.87-inch device would be uncomfortable to hold. We have a good five months or so to go before the phone is properly introduced, but along the way, we should see more information about it coming through. 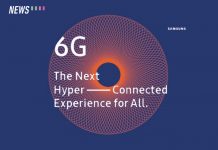