MediaTek’s Dimensity 1000 chipsets are affordable 5G-ready processors that was made to be used in mid-ranged smartphones – they today announced an improved version of the chip, called Dimentsity+, which could very well be aimed towards the premium segment.

Besides supporting 5G connectivity, the Dimensity 1000+ also lets a device put out a display refresh rate of 144Hz with a FHD+ resolution. Up until now, we’ve only seen the likes to the Nubia Play, Redmi K30 5G and the upcoming Lenovo Legion phone having a 144Hz display, so perhaps this chip could make the display standard more mainstream. MiraEngine which serves to enhance SDR videos and converting them to HDR10+ content which outputs a wider gamut of colours.

The Dimentsity 1000+ also has 5G UltraSave to reduce power consumption when in 5G mode – battery life is still a major concern with the new network standard, so maybe this chip would pave a path for more chipsets built with better 5G power efficiency.

Expanding on the subject a bit more – the Dimensity 1000+ allows for up to 4.7Gbps down speeds and 2.5GGbps up speeds by aggregating between two sub-6GHz links. On dual sim phones, the second card can also switch between 5G and 4G and make use of Voice over New Radio, which succeeds Voice over LTE.

On the more technical side of its makeup – the chip is made with 4x Cortex-A77 cores and 4x A55 cores, and will pack a Mali-G77 MP9 GPU. There’s no word yet on when devices will start implementing the new CPU, but the first is touted to be from iQOO, a vivo sub-brand. 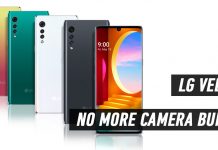