Lenovo has announced the new models in its Lenovo Legion series, the Legion 7i and the Legion 5i. Both laptops will be featuring the new 10th-generation Intel Core H-series and will come with NVIDIA GPUs.

The Legion 7i will come with the latest NVIDIA GeForce RTX 2080 SUPER GPU with Max-Q design while the Legion 5i will sport up to RTX 2060 GPU. Not only will they support NVIDIA G-Sync technology for a smoother gaming experience, but they’ll also be featuring the NVIDIA Advanced Optimus technology for better battery management. Using Advanced Optimus technology, it can automatically detect your workload and switch between the GPUs to connect the suitable one to the display. So if the workload is light, the integrated graphics will be used to conserve battery life. 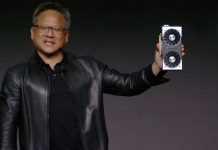