Amidst the increasingly rapid spread of COVID-19 in Korea, Samsung had announced that they will be moving the production of some devices to its Vietnam-based plants.

According to a report by Reuters, the move comes as operations at its Gumi plant had to be suspended after another one of its Korean staff was tested positive for the virus.

The outlet in Korea sees the production of premium devices like the recently-launched Galaxy S20 and Galaxy Z Flip. The output of these devices will relied upon on its Vietnam branch where over 50% of Samsung’s phones are produced over the past ten years. Normal schedule should resume once the outbreak is stabilized.

Simply to put a positive spin on things, this could mean more inventory of the Galaxy S20 series to reach Malaysia even sooner than before since they’re being produced so close to home. But of course, we hope all things return to normal soon, and for the virus to cease spreading. 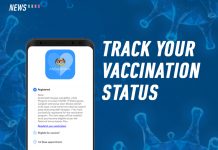