The realme C3 is launched in Malaysia today, making it the third phone to debut in the realme C series. It’s a device made for the entry-level market and also the first phone to be equipped with a MediaTek Helio G70 chipset in Malaysia. The realme C3 has a 6.5-inch LCD panel with HD+ resolution and a mini drop display. Available in Blazing Red and Frozen Blue, this device comes with a physical fingerprint sensor on its back that supposedly requires only 0.27 second to unlock your phone. There’s also face recognition if you prefer face unlock.

One of the highlights of the realme C3 is its MediaTek Helio G70 chipset that is optimised for gaming. It has Display Latency Optimisation for faster response time, Premium Picture Quality for brighter and better screen contrast and MediaTek Gaming Technology to optimise network latency. Apart from that, it features 3GB RAM and 32GB storage. This is also the first realme phone to launch with realme UI based on Android 10. Some of the interesting features include the customisable icon, the Dual Mode Music Share — the realme C3 can connect to both wireless and wired earphones at the same time — and Focus Mode that automatically plays relaxing music while turning on the Do Not Disturb mode. Despite the realme C3 launching with two cameras in India, the realme C3 in Malaysia houses a 12MP camera, a 2MP depth sensor and another 2MP macro lens. On the front, it has a 5MP lens and a few features like the HDR mode, Panoselfie mode and portrait mode.

Like the realme 5i and realme 5, the realme C3 also has a huge 5,000mAh battery. Though it’s a bit disappointing to know that it only supports 10W charging via microUSB, this device also come with reverse charging so you can use it to charge other devices. The realme C3 is priced at RM499 will be available online on Shopee starting from 6PM today, but you can also get the phone offline from March 7 onwards. Those who purchase the phone on its first online/offline day sale will also be entitled to six months extended warranty for their realme C3. 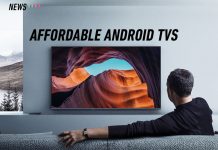 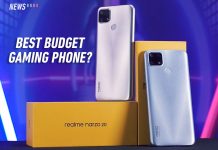