Instagram has been around for almost 10 years now, but one thing that it hasn’t done is create a proper version of its app on the iPad, and that’s not changing anytime soon.

As reported by Chris Welch, an editor of The Verge, Instagram CEO Adam Mosseri said the company “would like to build an iPad app” in one of his Instagram Stories. He however also mentioned that there are limited resources which is why there hasn’t been any development for an iPad app.

Currently, Instagram on the iPad is just an enlarged version of the one we use on iPhones. You can’t view it in landscape mode and there are also black borders surrounding it as the user interface doesn’t match the size of the tablet’s display.

With the company’s financial status, many pointed out that it seems ridiculous when the CEO used limited resources as the reasoning behind why an iPad app wasn’t developed. Some said that solo developers are capable of creating apps for different platforms, while others believe it’s just an excuse and the company just couldn’t be bothered. 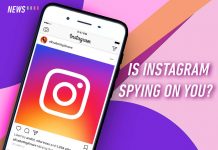