We’re all for options, and where we get our petrol is no exception – adding to the list of brands in the country soon will be FIVE – a brand owned by Seng Group, the same folks behind BHPetrol.

They don’t own BHPetrol however, they represent the brand as distributors, its owners are Boustead Petroleum. So FIVE will be Seng Group’s first attempt at owning, and running a petrol retail business.

With the market currently dominated by the likes of Petronas and Shell – it will be interesting else FIVE can offer that is different; we’re hoping for monetary-value offerings, but we’ll accept a fancy kiosk too.

According to reports, Seng Group MD and CEO Datuk Seri King Lim Chin Fui declined to talk more about BHPetrol and FIVE’s position in the industry, but we’re sure they won’t be heavily contesting for each other’s market shares – perhaps there could be a collab of sorts to offer promos and deals to customers too. 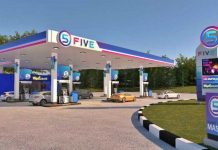 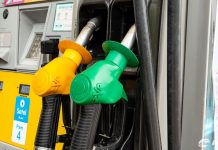