The Samsung Galaxy S20 series will be launched early tomorrow morning, meaning we literally don’t have to wait that long before we know what’s up. But leaksters never rest – especially not Evan Blass, who’ve just dropped a bunch of marketing material detailing the phones’ camera hardware.

We’re assuming these will be used in Samsung’s presentation during the Unpacked event too. There will be three models – the Galaxy S20, Galaxy S20+ and the Galaxy S20 Ultra. The former two will sport a 64MP camera while the S20 Ultra will get a 108MP lens.

Interestingly, the 108MP camera is a wide-angle camera, and it’ll be accompanied by a 12MP ultrawide lens, a 48MP telephoto shooter and DepthVision cameras, which we’ve seen on the Galaxy Note 10+ before.

The smaller Galaxy S20 will get a 64MP telephoto camera, a 12MP wide angle lens, and a 12MP ultrawide angle shooter. There’s an extra lens over on the Galaxy S20+ but we’re unsure of the spec yet.

Over on the display side of things, the panels are curved while the punch hole camera will be placed right in the middle – no more double lenses like the Galaxy S10. Plus, the Galaxy S20 Ultra has been confirmed to support 5G – but whether or not it’s coming to Malaysia, we shall see.

We’ll be keeping you updated on the latest happenings when Samsung’s Unpacked event happens at 3am later tomorrow, so stay tuned for more news. 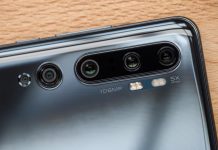 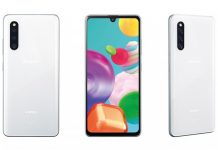