CES is an event where you get to see extremely weird stuff that sometimes won’t make it to the market, but sometimes you wished certain things can actually be purchased eventually, and that’d be the Alienware UFO Concept handheld gaming device, which is technically a ‘Alienware-fied’ Nintendo Switch that actually runs full blown PC games and regular Windows 10.

In fact, the hardware is pretty good to impress the lot already, you have an 8-inch 1200p display, two detachable controllers and two USB-C connectors that lets you charge the device or connect peripherals. The Concept UFO weighs around 900g when held in hand, which is considerably hefty if you were to game for long periods, which is why you also get to have a hub that lets you slide both controllers into it to play wirelessly.

The Verge reports that the Concept UFO actually has a skin running on top of Windows 10 that serves as the console’s user interface, which makes a lot of sense considering that you are not going to use it as a typical PC with a mouse, however when you run things like Rocket League it will still call up the Steam launcher, and you can expect the same when you run other PC games that depend on a game launcher, it is probably the reason why this thing could only just remain as a prototype unless the company gets serious about working with developers to optimize the user experience.

The thing that will curious many is that how Dell has managed to pack all that gaming firepower into a Nintendo Switch form factor, considering that the Nintendo Switch runs on an ARM based NVIDIA Tegra X1 Tegra chip that doesn’t require a powerful cooling solution, I could hazard a guess that it could be running a Ryzen 7 4800U chip that was announced today, since it is the only x86 based processor that has good integrated graphics.

I would really love to see this come into production once Dell manages to sort out the perfect hardware for it. 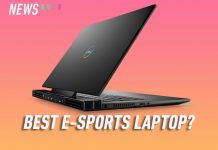 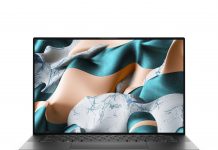