In an effort to adapt to the ban imposed by President Trump, Huawei will no longer use any components from American to be used in their Mate 30 series smartphones.

CNBC Bureau Chief Sally Shin took to Twitter to share findings of the phones’ updated list of internals. From there, we see Huawei’s own HiSilicon replacing previous suppliers in the power amplifier modules.

all provide parts to Huawei https://t.co/09LxQAcxmR

Meanwhile, audio amplifiers will come by way of Dutch-based NXP, while antenna switches will either be sourced from HiSilicon or Murata. On the tear down list, we also see that the Huawei Y9 Prime follows suit in omitting all American components.

We can expect, moving forward, that all upcoming Huawei devices will rid itself of American DNA and will boast the same component make-up as the Mate 30. 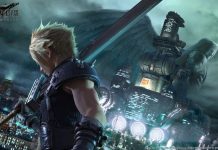