The rapidly-growing smartphone brand realme has just released its flagship device in Malaysia and this device — the realme X2 Pro — will be the second realme phone in Malaysia with a 64MP quad-camera.

The realme X2 Pro is realme’s full flagship with a 6.5-inch Super AMOLED panel that features 90Hz Ultra Smooth display and pushed FHD+ resolution. Not only does it have an in-display fingerprint sensor that can unlock the device in just 0.23 seconds, but it also has a dual stereo speaker that supports Dolby Atmos for an improved audio experience. Available in two colours — Neptune Blue and Lunar White, the Realme X2 Pro is powered by the latest Snapdragon 855+ chipset paired with 12GB RAM and 256GB storage. Another flagship spec of this phone is its 4,000mAh battery that supports 50W SuperVOOC Flash Charge via USB-C port. The quick charging speed defeats many other fast charging technologies, enabling the phone to be fully charged in just 35 minutes. As mentioned, the Realme X2 Pro sports a 64MP quad-camera. It is accompanied by an 8MP wide-angle sensor that can capture 115-degree field of view, a 13MP telephoto lens, and a 2MP portrait lens. This quad-camera system also features 20x Hybrid Zoom, 4K videos with UIS and Super Nightscape for better lowlight photography. The latter feature is also supported by the 16MP front camera that also has various beauty functions.

The Realme X2 Pro is priced at RM2,399 and will be available at realme retail stores and online on Lazada. The official Lazada online sale will begin on December 12, 2019 at 12AM but for those who can’t wait can join the Chup Dulu Lazada on December 5, 2019 at 12AM. If you do so, you’ll be getting free realme Buds wireless, realme Power Bank and realme Bag Pack.

However, you can also get the flagship phone at DirectD Gadget Mega Store, Petaling Jaya via the special offline midnight sale on December 7, 2019 at 12AM, in which the similar 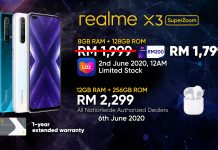 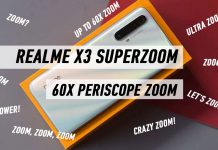 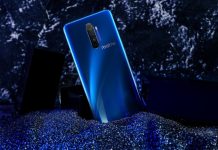