In a recent court case, Intel put the blame on Qualcomm for anticompetitive business practices, causing it to lose billions of dollars.

“Qualcomm would have you believe that its position in the market today — as the last surviving U.S. supplier of premium modem chips — is due to its “ingenuity and business acumen,” and that its rivals in the market failed simply because “they did not offer good enough chips at low enough prices.” This is simply not true,” said Intel Executive Vice President, Steven R. Rodgers.

As of now, the United States District Court has banned Qualcomm from implementing its “no license, no chips” (NLNC) policy and is currently seeking relief towards the company. The U.S. is also not the first to fine Qualcomm, as the chip-making company has been fined in several other countries such China, Korea, Taiwan and also by the European Commission. 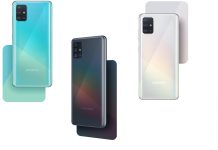 Samsung Galaxy A51 5G may be our first affordable smartphone