Twitter threads have always been fun to read, but it can be quite complicated to keep up with when there’s tons of replies. However, reverse engineer Jane Manchun Wong has discovered that Twitter is testing out a new conversation tree feature that will launch in 2020.

The new feature has been tested on twttr — Twitter’s beta testing app — but now it’s being tested on the main website. The conversation tree will include nested replies so that it’s easier to keep track of conversations while also allowing users to focus on tweets by providing different urls when they click on different replies.

now with the ability to focus a specific tweet, even from a permalink pic.twitter.com/CVadSqbFDP

While Wong’s discovery was solely based on her own reverse engineering skills instead of being one of the alpha or beta testers, the company has indeed confirmed that this feature will be part of a bigger plan to introduce some of twttr’s features to Twitter.

Meanwhile, commenters to Wong’s tweet are saying that the feature is very much like reddit’s current conversation thread layout. 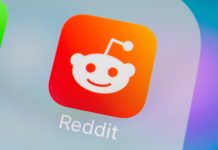