It’s been a busy year for realme what with the launch of the realme 3, 3 Pro early this year, as well as realme 5 and 5 Pro just recently.

One has to wonder why the OPPO sub-brand is pushing out a new device so soon after another, within the same series. It’s parent company, OPPO are doing it with the Reno 2, while Vivo have done it with the V17 Pro.

As a result, our reviews of the latter two were a mixed bag – the realme 5 Pro fared quite well, while the realme 5 was underwhelming. These brands risk the chance of making their own products stale.

But perhaps in an effort to counter that is the realme X2 Pro – the flagship (yes, realme is launching a flagship) has been confirmed to sport a Snapdragon 855+ chipset, along with a 90Hz 6.5-inch AMOLED display that supports HDR10+. This is ROG Phone-level stuff.

Elsewhere, the phone is equipped with a 64MP lens which will be part of a quad camera setup along side an 8MP ultrawide lens, a 13MP telephoto lens, and a 2MP depth sensor – not bad realme, not bad at all.

Oh and it gets better – the phone is powered by a 4,000mAh battery with support of up to 50W SuperVOOC fast charging. With these sort of specs, the realme X2 Pro will give the OnePlus It all looks like it’s going to be a direct competitor to the OnePlus 7T Pro a run for its money. 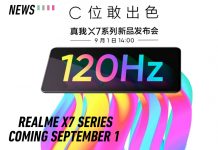