Call of Duty Mobile was launched at the beginning of this month and it has been a huge hit since its release. However, there are many features that has yet to come to the mobile version and one of the most-requested ones is controller support.

While most of us may be used to gaming on phones with just our fingers tapping and scrolling on the screens, those who are more invested into gaming might be accustomed to gaming with consoles — especially when it comes to shooting games like PUBG Mobile and Call of Duty Mobile. Fortunately, Activision has acknowledged said request and responded to its Reddit community. “We are currently testing controller support and looking at the possibility of offering this feature sometime in the future, but we’d have to make sure it is properly implemented and balanced,” wrote the company in its Reddit post.

Apart from that, the company is also trying to include more login options, improve the overall game performance and bring in more ways for players to report cheaters. 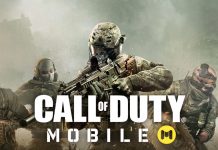 Garena confirms arrival of Call of Duty: Mobile to Malaysia and other SEA regions

Call of Duty: Mobile announced by Activision and Tencent: Available for Android and iOS soon 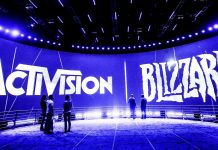 Is it look likely pubg game? If it is, it must be fun right.

yup I guess so, even my friends so interested in playing this game.. using good telco can give us better gaming experience like celcom.. so cool..

wow.. more fun like this.. now play that, i experience no ping which is so nice, no interruption..

It is fast paced and easy to play.

ABOUT US
Founded in 2013, KLGadgetGuy started off as a personal blog and quickly rose to one of the most well known tech portal in Malaysia.
FOLLOW US
wpDiscuz
14
0
Would love your thoughts, please comment.x
()
x
| Reply