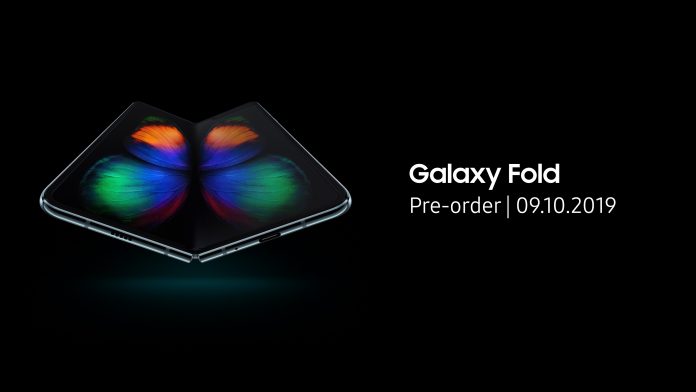 Months after the announcement of the Samsung Galaxy Fold, the device has finally been given a rework and will officially be on sale soon. Samsung Malaysia have announced that the device will be available to pre-order starting October 9, which is only 5 days away! Priced at a whopping RM8,388, the Galaxy Fold will come in two flavours – Cosmos Black and Space Silver. Every purchase of the phone will grant the users “exclusive access to specialized customer care services”, which will apparently include one-on-one sessions, 24/7 support via an online hub or over the phone.

As a recap, the frailties of the device were exposed quite magnificently by reviewers who received the phone for testing. Issues that plagued the device include broken displays and a very noticeable bump created by the phone’s hinge. Samsung have seemingly worked out the kinks and are now confident their device will work as intended. The device boasts a 7.3-inch QXGA+ AMOLED Infinity Flex  main display and a smaller 4.6-inch Super AMOLED cover display.

It will sport an octa-core processor along with 12GB RAM and 512GB of internal storage (UFS3.0). The phone is powered by a 4,380mAh battery and supports fast charging and Wireless PowerShare.

Visit their website to pre-order the device. There you have it folks, you can once again get excited for a foldable phone, because this one’s actually available for purchase.