According to the leaked specs sheet, the upcoming device will sport a 6.6-inch to 6.8-inch FHD+ waterfall AMOLED display. It is possible that the Mate 30 will be getting a 6.6-inch display while the Mate 30 Pro houses the bigger 6.8-inch display. In addition, it will have an under-display earpiece speaker and a bottom-firing mono speaker, while also sporting an in-screen fingerprint scanner.

Under the hood, the Mate 30 series will be integrated with the newest Kirin 990 5G chipset and the Mate 30 Pro will come with 8GB RAM + 512GB storage. The Mate 30 and Mate 30 Pro is said to ship with EMUI 10 based on Android 10 but will exclude Google services such as Gmail and Play Store.

We already heard from previous news that the Mate 30 Pro will be getting a quad-camera setup in a circular array. Its main camera and wide camera will both be of 40MP, while the other two are the 8MP telephoto camera and a ToF camera. On its front, we’re expecting three cameras including a 32MP main lens, an ultra-wide lens and also a ToF lens. In addition, it will be housing a 4,500mAh battery with 40W SuperCharge and 27W SuperWirelessCharge.

The Twitter user also commented that there will be other storage configurations and that the Mate 30 Pro has a wider speaker grill than the P30 so the audio will be better.

The Mate 30 Pro is launching next week, so we’ll have to wait to find out its pricing and availability. 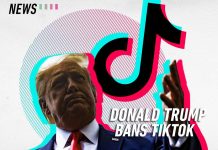 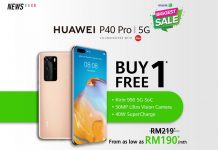