Nintendo Switch has been a rather successful product of the company, but the company continues to take it further by trying to create bendable Joy-Con controllers. Yes, you heard that right — bendable.

A recent patent applied by the company recently reveals Joy-Cons with bendable design on its top half and this is supposedly made so that the console has a more ergonomic grip. This also means that even when the controllers are detached, they will still be able to bend outwards for optimal comfort when holding them.

The patent itself focuses mainly on the bendable design, so there aren’t changes to other components of the console itself. However, this should just be a new version of the Switch, not necessarily a lite or pro version. The Nintendo Switch Lite was just released a while back and there was no bendable design to be seen.

As usual, as it’s just a patent, we can only hope that Nintendo will implement this sometime in the future. Perhaps the company will introduce a Nintendo Switch Pro with this design, but with a few added features. 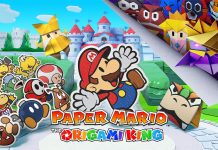