If the Vivo V15 Pro was impressive to you, then it’s time to prepare yourself for the V17 Pro. The promo image of the phone has revealed to us how the V17 Pro will look like, confirming the rumours that it will come with two front cameras.

Just like the V15 Pro, the V17 Pro is also sporting an under-display fingerprint sensor. The promo image also shows the phone with really thin bezels and a slightly larger chin, but that’s all that we can infer from that one image. Previously, the Vivo V17 Pro is also reported to come with a quad-camera setup. This quad-camera setup will offer enhanced zooming capabilities, perhaps like the Oppo Reno 10X Zoom or the HUAWEI P30 Pro. We’re also expecting at least a 48MP main camera, but who knows, Vivo might take the chance to be one of the first few to feature a 64MP camera on their phone.

The Vivo V17 Pro is said to launch sometime before Diwali, but in the meantime, the NEX 3 5G will be launching on September 16 and it’s expected to come with a huge 6.89-inch Full HD+ display and the latest Snapdragon 855+ chipset. 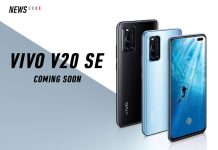 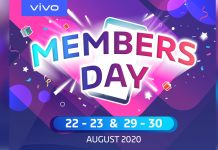