During the first day of the IFA 2019 exhibition yesterday, Razer took the stage to announce the refresh of their Razer Blade Stealth 13 laptop.

This time around, you’ll be able to get the laptop in Mercury White on top of the black and pink variants.

According to a report by Cnet, Razer claims you’ll get 10 hours of battery life with this new iteration.

Options for displays include a 1080p one for regular usage, or a 4K panel for content creation. The Razer Blade Stealth 13 will ship sometime late September, however, it is unlikely it’ll officially be available in Malaysia, so you’ll have to get it shipped from overseas. 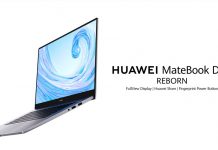